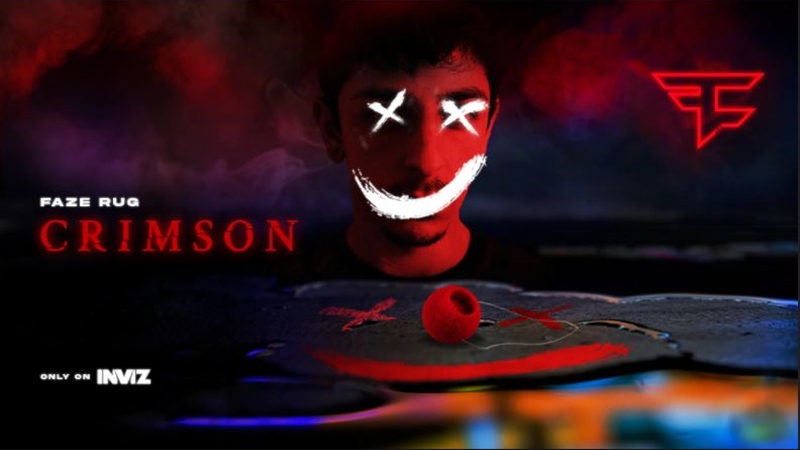 Ok guys, I got nothing. Of all the things that I'd expect an esports organisation to do, for publicity or otherwise, shooting a horror movie is definitely not on the list. Then again, neither is hiring an award-winning actor, but that's a story for another day.

Anyway, it seems esports organisation FaZe clan is up to some really weird (and spooky) stuff lately, by which we mean they're actually working on a horror film starring their very own Brian "FaZe Rug" Awadis. Produced in collaboration with Invisible Narratives, who will be in charge of its distribution via Inviz.tv, Crimson tells the story of an influencer who encounters weird happenings soon after he moves into his new multi-million dollar home. As expected, everything is pretty swell at first, but then they introduce the usual "weird neighbour" trope and well, you know the drill - things just go downhill from there.

As for who's sitting in the director's chair, if you've watched previous horror flicks like Happy Death Day, Get Out or a few of the Paranormal Activity films, you might already be familiar with him. Yes, Gregory Plotkin will be directing Crimson too, and based on his previous works, it's quite likely the film will have a twist, which is something I personally appreciate - it lets the director take the story into new and exciting territories.

As weird as this whole filmmaking gig is, Halloween is coming up, so perhaps this is all part of FaZe's publicity efforts for the season. Or is it?

Join HWZ's Telegram channel here and catch all the latest tech news!
Our articles may contain affiliate links. If you buy through these links, we may earn a small commission.
Previous Story
Baby Yoda continues to be adorable in the new Mandalorian Season 2 trailer
Next Story
Treyarch "rickrolls" dataminers digging for info in Black Ops Cold War's open beta