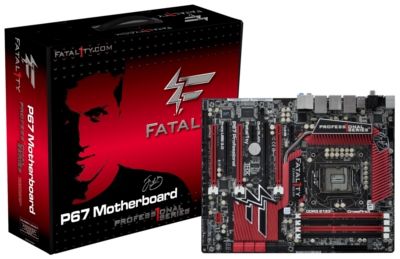 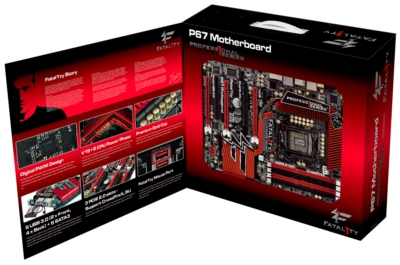 Calabasas, California, December 7, 2010 - After many months of covert development, Auravision, Master Licensor for the Fatal1ty Brand, revealed today that Fatal1ty and ASRock have entered into a global partnership to develop a range of motherboards specifically designed for PC gaming enthusiasts around the world.

A search has been underway for a motherboard company with the same dedication to quality as other Fatal1ty licensed partners and that company is ASRock.

ASRock, a rapidly growing organization in the forefront of innovation and superior design, is recognized by insiders and media as the true craftsmen of motherboards. Working closely with Johnathan “Fatal1ty” Wendel to incorporate a design philosophy and features most desired by gamers, ASRock engineers have put the finishing touches to a motherboard utilizing a new Intel chipset.

“We wanted to wait a little longer for this exciting news”, said Fatal1ty, “but word was starting to leak out so we’re making this announcement earlier than planned. I’ve been searching long and hard for a mobo maker who shared my passion for top performance and had the ability and desire to build performance gaming motherboards. Once I met the guys at ASRock, I knew I had found the right partner - their engineers get gaming and their skill level is amazing!”

Chris Lee, Marketing Deputy Director of ASRock, stated, “We’ve been excited to make this announcement for a long time and glad to finally let it be known to gamers around the world. Fatal1ty was very helpful during the development of this initial product. He knows what gamers are looking for and many of the features found in the Fatal1ty Professional Series motherboard were the direct result of his input.”

The first Fatal1ty Professional Series motherboard is scheduled for release in January. 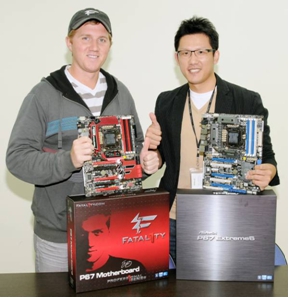