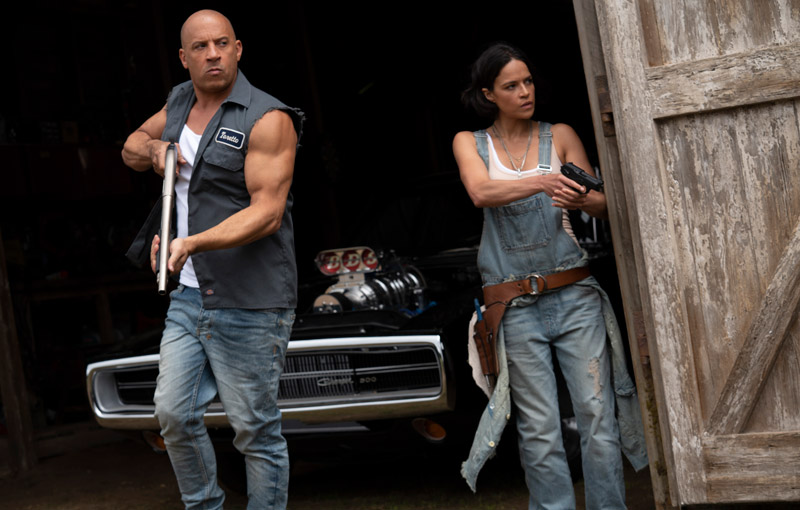 This is quite the sneak preview.

United International Pictures have announced that F9 (aka Fast & Furious 9) will hit Singapore cinemas more than a month before its release in the US. The ninth Fast and Furious movie will come out on 26 May locally, 31 days ahead of its US release date on 25 June 2021. Super Sneaks begin even earlier though, on 21 May 2021.

By the time F9 hits America, it’ll be old news here. We had a similar situation with Godzilla Vs. Kong and Mortal Kombat, where both movies were released a week or two earlier than the US. It seems like cinemas are generally performing better in Southeast Asia during the pandemic, and studios are moving their movie premieres up here to maximise profit.

The Fast and Furious franchise has certainly performed well at the box office, scoring almost US$6 billion worldwide - so of course the studio wants it's latest installment to do well across the globe. Here’s United International Pictures’ synopsis of the film:

Vin Diesel’s Dom Toretto is leading a quiet life off the grid with Letty and his son, little Brian, but they know that danger always lurks just over their peaceful horizon. This time, that threat will force Dom to confront the sins of his past if he’s going to save those he loves most. His crew joins together to stop a world-shattering plot led by the most skilled assassin and high-performance driver they’ve ever encountered: a man who also happens to be Dom’s forsaken brother, Jakob (John Cena, the upcoming The Suicide Squad).

F9 will hit local theaters on 26 May, with Super Sneaks beginning from 21 May. Hopefully, we’ll finally see the Fast and Furious gang go to space then. Fingers crossed!

Join HWZ's Telegram channel here and catch all the latest tech news!
Our articles may contain affiliate links. If you buy through these links, we may earn a small commission.
Previous Story
Uniqlo and Riot Games are collaborating for a League of Legends UT collection
Next Story
LumiHealth implements referral system for users to earn more LumiPoints