Fancy a 30TB SSD? Samsung is producing them now

Fancy a 30TB SSD? Samsung is producing them now 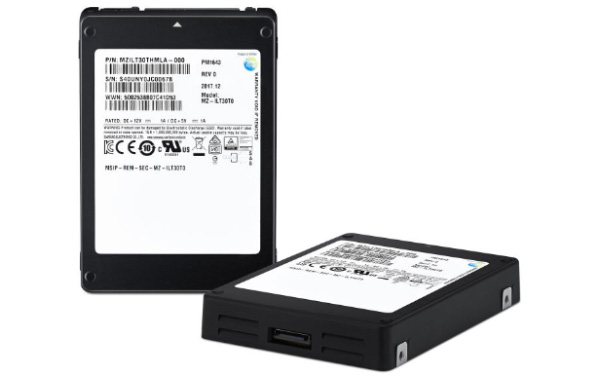 Samsung has just announced that it has begun production of its PM1643-series SSDs.

These drives will utilize Samsung's new 64-layer 512Gb TLC V-NAND memory chips stacked in 1TB packages, and will provide a total capacity of 30.72TB per drive.

That's double the capacity that of the world's largest mechanical hard disk drives.

The 30TB PM1643 was designed for enterprise use and primarily for read-intensive workloads. It uses a SAS-12Gbps interface and comes in a 2.5-inch form factor. However, it is substantially thicker at 15mm.

It has high endurance too. Samsung claims the drive is good for up to one drive write per day for five years. If you do the math, that's 56PB (petabyte).

Join HWZ's Telegram channel here and catch all the latest tech news!
Our articles may contain affiliate links. If you buy through these links, we may earn a small commission.
Previous Story
Intel reveals plans for a prototype 14nm discrete GPU
Next Story
HardwareZone Forum hit by security breach, investigation in progress