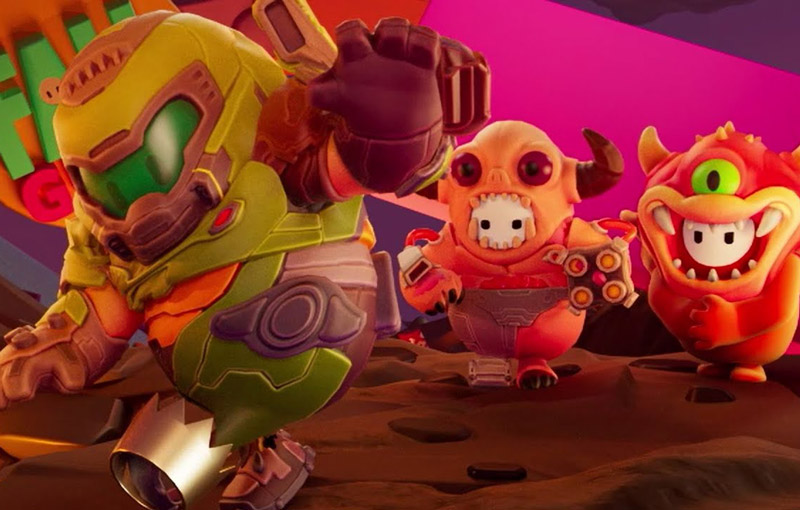 Rip and tear, until you get that crown.

Fall Guys Ultimate Knockout is crossing over with yet another videogame: Doom Eternal. The unorthodox battle royale game is getting three new costumes modelled after Doomguy and two demons, available to players from January 12, 2020 onwards.

The three costumes from Doom Eternal are based on Doomguy, the Cacodemon and the Tyrant! The trailer shows them all off, along with a beaten down, hellish version of a Fall Guys obstacle course. It’s unlikely that this course will be added to the game however, as Mediatonic has their hands full with Fall Guys’ third season: a winter-themed extravaganza.

This is just the latest crossover skin to hit Fall Guys. The game has added costumes from Godzilla, Untitled Goose Game and Sonic the Hedgehog in the past couple months - showing no signs of slowing down anytime soon.