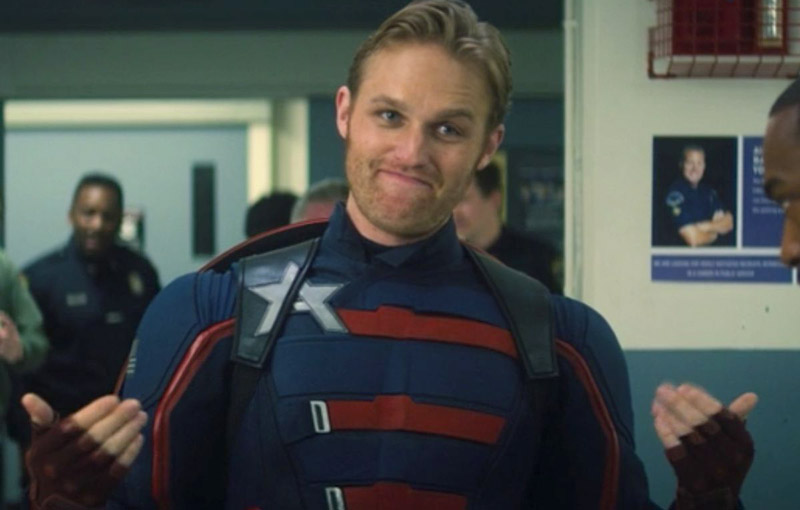 Marvel versus the power of anime.

The Falcon and the Winter Soldier can’t just settle for being a smash hit on Disney+ - it’s also become the most popular show in the world right now. Attack on Titan Final Season previously held the title, but the anime series has been dethroned thanks to Sam and Bucky’s action-packed weekly adventures.

This data comes from Parrot Analytics (thanks, Forbes), confirming that The Falcon and the Winter Soldier has become massively popular despite the fact that only two episodes have been released so far, with a third on its way today. Parrot Analytics calculates a show’s popularity using a baseline of ‘demand’ for an ‘average show’, and found that the new Disney+ series is 92.6 times more popular than the current average. That plants it in the top spot, unseating Attack on Titan.

Even compared to Disney+’s other TV shows, The Falcon and the Winter Soldier is outperforming its peers. By these same metrics after its first week, it went at 90.1x more demand compared to WandaVision’s 67.6x demand. WandaVision had double episodes out in its first week too, but Falcon beat it with just one. By Parrot’s metrics, Falcon and the Winter Soldier did not outperform The Mandalorian, which had 108.8x demand in its premiere week. You can thank Grogu for that.

However, Disney confirmed via a separate news release that The Falcon and the Winter Soldier has become the most-watched series premiere ever on Disney+ during its opening weekend, beating out both The Mandalorian and WandaVision. It’s clear that Parrot takes more than viewing numbers into account here, but that’s quite the achievement too.

It’s easy to see why The Falcon and the Winter Soldier has become so popular, though. Episode 2 saw some interesting reveals on the origins of Steve Rogers’ Super Soldier serum and of course, there is an all-new Captain America by the name of John Walker running around. The Flag Smashers want to return the world to a post-Thanos-snap state, and the titular duo are headed to Helmut Zemo for a nice, cordial talk.

There’s a lot going on and given how big the Marvel Cinematic Universe has become, people are naturally interested in seeing where Captain America’s mantle is going to end up.

Join HWZ's Telegram channel here and catch all the latest tech news!
Our articles may contain affiliate links. If you buy through these links, we may earn a small commission.
Previous Story
Dyson's new V15 Detect vacuum uses lasers to light the way to cleaner floors
Next Story
Netflix's first trailer for new anime Yasuke teases magic and lots of bloodshed