Cap’s torch is being passed on.

Last weekend’s Super Bowl brought us a brand-new trailer for Disney+ and Marvel Studios’ next big series: The Falcon and the Winter Soldier. The series follows Bucky Barnes (AKA the Winter Soldier) and Sam Wilson (AKA the Falcon) in a post-Avengers: Endgame, Captain America-less world. They also go to couples’ counselling.

The Falcon and the Winter Soldier picks up after the events of Avengers: Endgame, with an aged Steve Rogers having retired from the role of Captain America and passing his iconic shield to Sam Wilson. It seems that Wilson hasn’t quite decided if the shield fits him yet, before a new adventure throws him into danger alongside Bucky Barnes - Steve’s best friend. It almost looks like another Captain America movie, from the sheer scale of it.

Sam and Bucky will have to deal with a returning villain from Captain America: Civil War - Baron Zemo, who finally dons his iconic comicbook costume, purple mask and all, with a continuing grudge against superheroes. We also get a glimpse of U.S. Agent prancing onto a football field, the government-created successor to Captain America. Sharon Carter also shows up in the trailer, having been on the run from the government since the events of Civil War.

A new poster was also released: 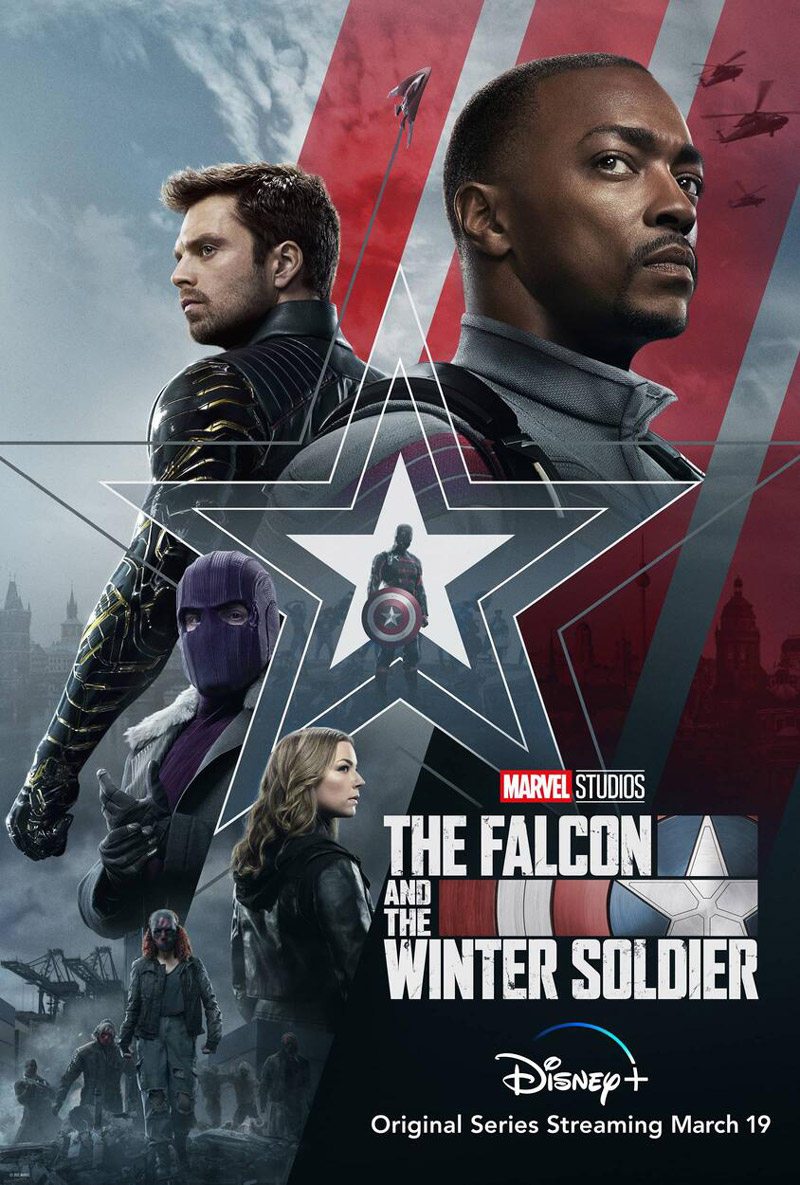 The six-episode series has a budget of US$150 million, so expect it to be every bit as spectacular as the Captain America trilogy. Marvel Studios and Disney are investing big-time in Disney+ TV series for the future of the MCU, with six TV shows in 2021. The first of these was WandaVision, which has been blowing viewers’ minds since its debut. No spoilers here, though!

The Falcon and the Winter Soldier debuts on Disney+ on March 19, 2021.

Join HWZ's Telegram channel here and catch all the latest tech news!
Our articles may contain affiliate links. If you buy through these links, we may earn a small commission.
Previous Story
New Fujitsu Lifebooks get slimmer and enhancements for “today's working styles”
Next Story
With its seven displays, the Aurora 7 is a multitasker's dream notebook