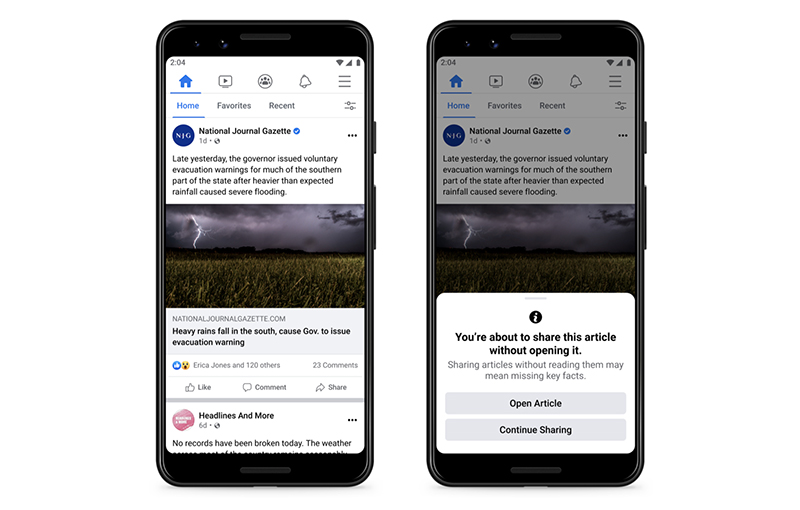 Do you have a habit of sharing articles you see on Facebook without reading them beyond the headline? Facebook's latest beta feature is about to change that.

Today, Facebook is rolling out a News Feed feature that prompts users if they are about to share articles without reading them in full. At least, that's the intended practice with the new pop-up. If a user shares an article they saw without clicking on the news article link, it'll trigger the notification. 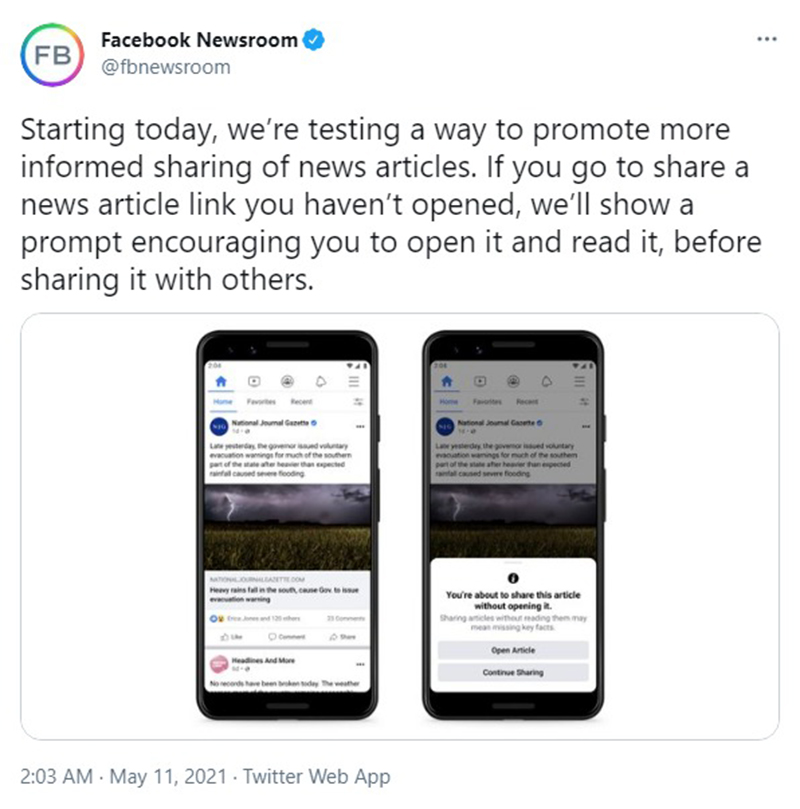 According to Facebook, the new feature promotes "more informed sharing" of news articles. However, we're not sure if it actually helps, since the feature doesn't actually check if you've read the article carefully before sharing.

Facebook told The Verge that this trial feature would roll out to 6% of Android OS users worldwide in its initial testing stages.