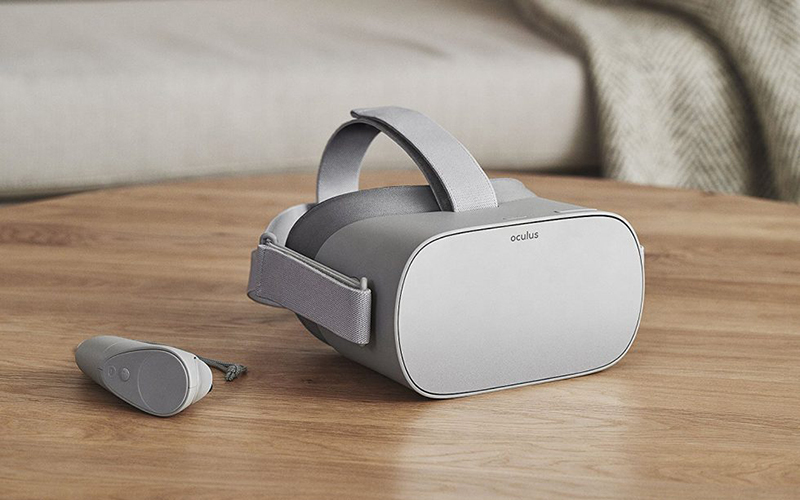 Oculus’ first standalone virtual reality headset is finally here. The Oculus Go was announced late last year, and it’s launching now in 23 countries with a price tag of US$199 for the model with 32GB of storage and US$249 for the 64GB version.

As the Go’s price suggests, this is not a high-end headset meant to deliver the best possible VR experience. Instead, it’s meant to bring VR to the masses, and is a completely different beast from Santa Cruz, Oculus’ other standalone headset project.

The Oculus Go is actually rather similar to Samsung’s Gear VR. Both can track head rotation, but miss out on more advanced inside-out tracking technology that allows for 6-DoF of movement. Similarly, there are no full motion controllers, so you can only use the bundled controller like a laser pointer.

The main difference between the Oculus Go and the Gear VR is that Samsung’s headset requires a smartphone to power it, whereas the Go functions as a standalone, dedicated piece of hardware.

Nevertheless, the Go has specifications not unlike what you’d find on a smartphone. It features a 5.5-inch display with a resolution of 2,560 x 1,440 pixels.

It is powered by a relatively dated Snapdragon 821 processor, but Oculus promises that it has optimized the hardware for VR apps.

One edge it has over the Gear VR is its use of better quality Fresnel lenses, which replace the latter’s magnifying glass-like lenses. Fresnel lenses are used on the Oculus Rift as well and are generally lighter than regular lenses.

That said, the Oculus Go weighs 468g, nearly the same as the Rift. However, it is still a lot lighter than the Gear VR, which weighs over 500g with a smartphone installed.

Oculus’ headset also comes with tiny speakers concealed by the strap guides for built-in audio. Alternatively, you can plug in your own headphones into the jack on the side.

The Oculus Go is rated for up to three hours of battery life and requires a couple of hours to recharge. The headset charges over a micro-USB connection, but the user guide advises against using the headset while charging.

It also supports the Gear VR’s game and app catalog, so there’s an existing ecosystem to work with. In addition, the Oculus Go is launching alongside titles like Republique, a port of its mobile counterpart, and an adaptation of Settlers of Catan.