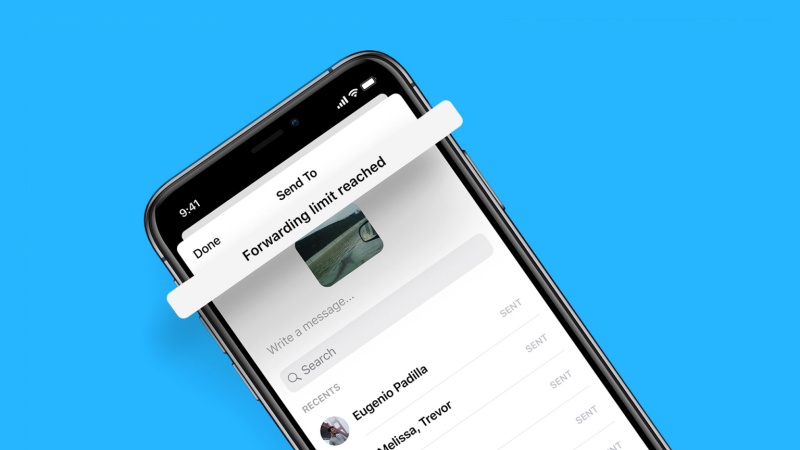 Facebook Messenger now has a forwarding limit for users.

Facebook announces that this forwarding limit will only allow Messenger users to forward messages to five people or groups at a time. It believes the forwarding limit is another layer of protection for users as it minimises the spread of viral misinformation or harmful content.

WhatsApp, which is owned by Facebook, introduced a similar feature more than a year ago. Earlier this year, it placed a new limit on message forwarding to fight Covid-19 fake news. The new limit apparently helped to decrease the number of "highly forwarded" messages by 70% globally. Last month, WhatsApp rolled out a new feature for users to fact-check forwarded messages.