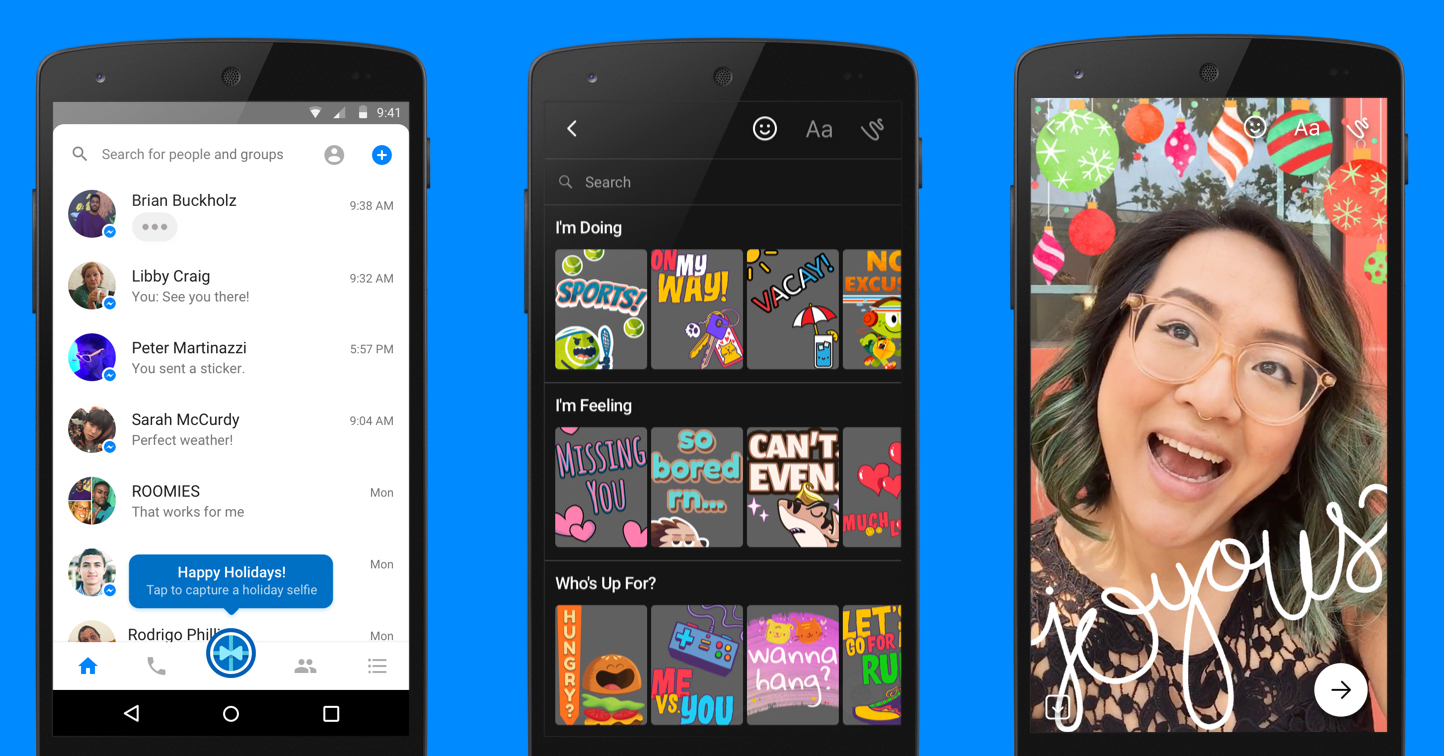 Looks like Snapchat will be getting more heat from its newly-minted rivals. Facebook just announced that they will be bringing a new camera feature to their Messenger mobile app, and it will contain nearly every popular feature found in Snapchat, and then some.

The new Facebook Messenger app will come with a new button on the app’s Home screen, and selecting this feature will fire up the front camera on your smartphone. With it, you can create your Snapchat staples, such as augmented reality selfie lenses, holiday-themed masks, paste-on props, and more, according to TechCrunch.

To add an extra touch, the new camera can take what users type in their chats to create clipart-like logos and slogans to overlay upon their instant-video message. After that, users can send to any number of friends in Facebook Messenger - private conversations and group chats can receive your newly-minted content. The short video below shows how:

“A lot more conversations are starting from photos,” said David Marcus, Facebook’s head of Messenger, to TechCrunch. “We wanted to make sure we could be a first-class citizen when it comes to visual messaging, and naturally for that you need a good camera.”

Back in July, Facebook Messenger saw at least 1 billion monthly active users, and sees 2.5 billion photos, videos, stickers, and emojis sent each day. Introducing selfie alternatives into the app opens up more options to visually message a loved one.

This isn’t the first time where Facebook openly challenged Snapchat for their share of the market and user base. Back in August, Instagram brought out Instagram Stories, which works just like Snapchat Stories. Both features allowed users to record short videos for their followers to see, which disappears after 24 hours.

The new messenger update will roll out starting from today, and the filters should be available to all by 21st December 2016.