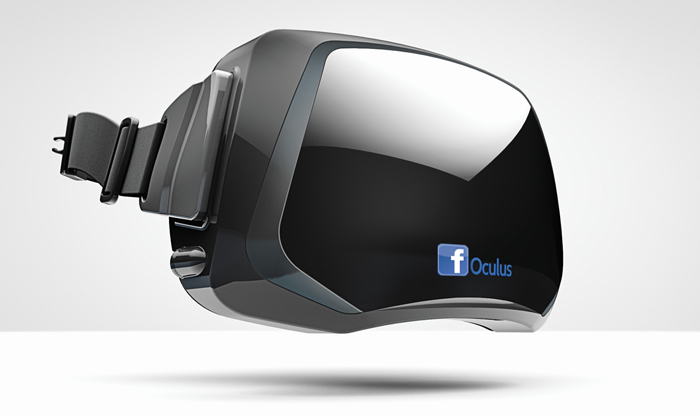 Facebook has just announced a deal that will see it buy virtual reality headset makers Oculus Rift for US$2 billion in cash and stocks, with another US$300 million depending on Oculus Rift's performance. That makes it twice as good as Tumblr, which Yahoo! paid US$1.1 billion for, and twice as good as Instagram, which Facebook paid around US$1 billion for.

Under the terms of the deal, Facebook will pay $400 million of the acquisition cost in cash, with the remainder made up by 23.1 million shares of Facebook stock.

Regarding the deal, Facebook CEO Mark Zuckerberg said, "Mobile is the platform of today, and now we're also getting ready for the platforms of tomorrow. Oculus has the chance to create the most social platform ever, and change the way we work, play and communicate." He also posted a message on his timeline: 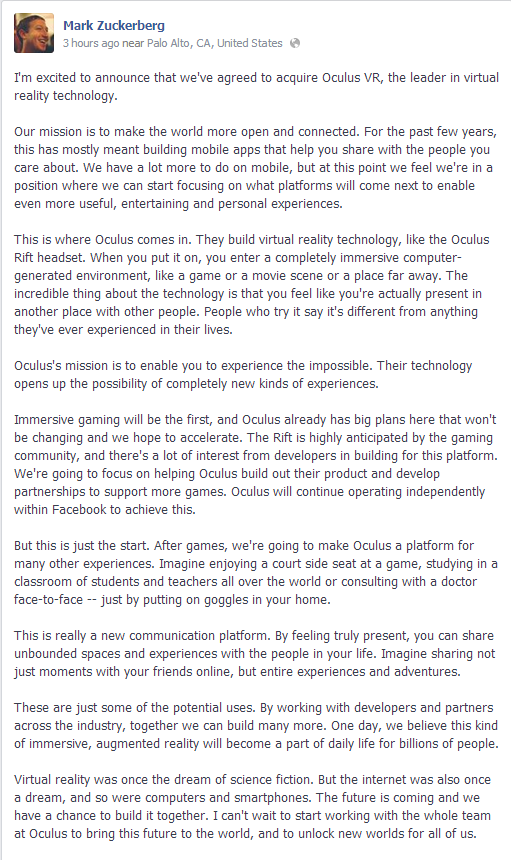 The Oculus Rift team also posted a statement on its blog saying:

"At first glance, it might not seem obvious why Oculus is partnering with Facebook, a company focused on connecting people, investing in internet access for the world and pushing an open computing platform. But when you consider it more carefully, we're culturally aligned with a focus on innovating and hiring the best and brightest; we believe communication drives new platforms; we want to contribute to a more open, connected world; and we both see virtual reality as the next step.

This partnership is one of the most important moments for virtual reality: it gives us the best shot at truly changing the world. It opens doors to new opportunities and partnerships, reduces risk on the manufacturing and work capital side, allows us to publish more made-for-VR content, and lets us focus on what we do best: solving hard engineering challenges and delivering the future of VR."

Fan reaction to the purchase has been mixed, with a few vocal fans calling to boycott both Oculus and Facebook. Minecraft creator Markus Persson was in talks to bring Minecraft to Oculus, but has apparently cancelled that deal because Facebook "creeps" him out.