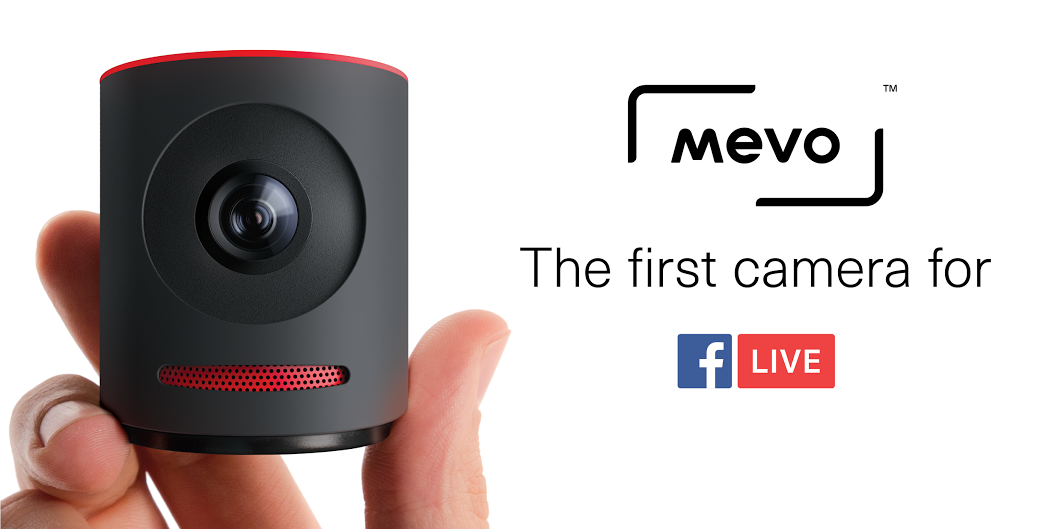 The Mevo is a small, cylindrical camera that has a capture resolution of 4K (3840 x 2160 pixels resolution). It’s a 12.4-megapixel camera with a wide-angle 3mm lens that has a field of view of 150-degrees, at an aperture of f2.8. It is supported by a Sony 4K sensor. It only provides an hour of recording, but you can expand its battery capacity to 10 hours with the Mevo Boost add-on.

Users can use the Mevo to crop in, and split the 4K image into multiple, separate 1080p video feeds, and the compulsory iOS app allows live editing between those feeds. This means that the Mevo allows you to use only one camera to flit between close-up shots and wide angle shots while live. Traditionally, you’ll need multiple cameras and some editing work after the footage is shot to achieve the same outcome. There’s also panning and zooming around the 4K resolution image, an option to use facial tracking and automatic editing.

Prior to this camera, Facebook Live videos could only be done by using an iOS or Android OS smartphone for broadcasting livestream videos – even then, it’s not available to everyone with a phone. The extended support of Facebook Live on other devices introduces a host of options to livestream makers, such as the ability to record higher-definition footage, and moving video work away from the smartphone to spare the mobile set from depleting battery life.

The Mevo first appeared at CES 2016 under a different name. It was designed for people who require a professional option to record live events. It will start shipping later this month, but you can pre-order to save US$100 – its original price is US$399 (~S$537).

Join HWZ's Telegram channel here and catch all the latest tech news!
Our articles may contain affiliate links. If you buy through these links, we may earn a small commission.
Previous Story
Bots are coming to Facebook Messenger, including ones that let you shop online
Next Story
Here's what happens when you ask Siri about the fate of Jon Snow