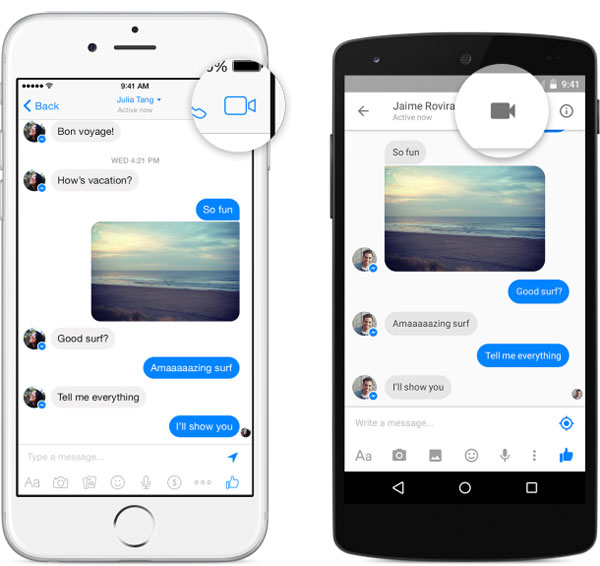 This is an exciting time for Messenger. At its F8 developer conference in March, Facebook announced a new version of Messenger that would serve as a rich platform for third-party content and apps and provide customers with new ways to communicate with businesses.

Facebook has now launched voice calling for Messenger, loading up on what is already a fairly feature-rich platform. Users can start a video call with a friend straight from the conversation by hitting the video icon at the top right corner of the screen. The new video calling feature is a natural progression from existing voice call capabilities in Messenger, which allows people to place Voice Over IP (VoIP) calls to friends and family around the globe.

In Facebook’s first quarter earnings call for 2015, CEO Mark Zuckerberg said that Messenger now made up 10% of global mobile VoIP calls. That’s a respectable figure, given that the ability to make VoIP calls was only added to Messenger last April. This bodes well for the new video calling feature, which could set Messenger up to be a viable alternative to Skype.

Furthermore, video calling could further help differentiate Messenger from Facebook-owned WhatsApp, which already supports VoIP calls on iOS and Android. Given that Facebook has expressed a desire to keep both platforms separate, it would seem that Facebook will be loading Messenger with more features while keeping WhatsApp as a functional, no-nonsense messaging platform.

Video calling on Messenger will work across mobile operating systems, so Android users will be able to make calls to friends on iOS and vice versa. However, it's worth noting that video calling is not yet compatible between mobile and desktop users, although Facebook says it's looking to fix that soon. Facebook is launching video calling on Messenger for iOS and Android users in Belgium, Canada, Croatia, Denmark, France, Greece, Ireland, Laos, Lithuania, Mexico, Nigeria, Norway, Oman, Poland, Portugal, the UK, the US and Uruguay.

Other regions and locales will receive support for the feature in the coming months, so local users will have to be patient.

Join HWZ's Telegram channel here and catch all the latest tech news!
Our articles may contain affiliate links. If you buy through these links, we may earn a small commission.
Previous Story
HyperX launches Savage, new SATA-based 2.5-inch SSD
Next Story
4.7-inch Oppo Mirror 3 available in Singapore from mid-May for S$349