EyeFly 3D Gives You 3D on Your iPhone Without 3D Glasses

EyeFly 3D Gives You 3D on Your iPhone Without 3D Glasses 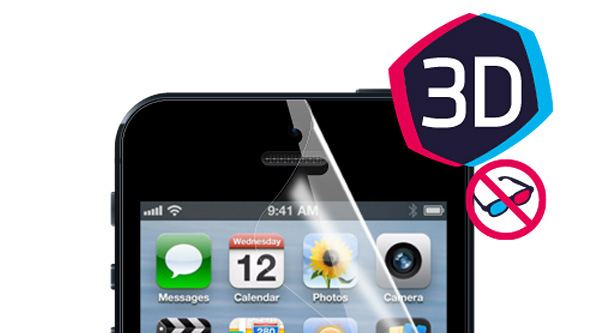 The EyeFly 3D is a nano-engineered screen protector which turns an ordinary screen into a 3D display, without the need for 3D glasses. The technology was developed here in Singapore over a period of two years, and is a result of collaborative research between the Institute of Materials Research and Engineering (IMRE), a research institute of the Agency for Science, Technology and Research (A*Star), and Temasek Polytechnic (TP). The film is being brought to market by Nanoveu Pte Ltd., which was incorporated to produce and market the product.

The EyeFly 3D can display content in both portrait and landscape mode, and has about half a million lenses on its surface. The entire film measures less than 0.1mm in thickness. "We have taken age old lenticular lens technology that has been around for the last hundred years, modernized it and patented it using nanotechnology," said Mr. Frank Chan, the TP scientist who led the project.

Applying the film takes a little more skill than for your average screen protector. To install the EyeFly 3D film on your device, you'll need to download the EyeFly 3D Image app and align the film properly, this how-to video from Nanoveu demonstrates the process.

Once you've installed the film, you'll need to view content through EyeFly's apps (you'll need EyeFly 3D Video to watch 3D video). Content is rather sparse, at the moment you can only experience 3D photos using the sample images loaded within the app. Images have to be specially prepared to be viewable in 3D, take a look at the sample provided by EyeFly below to see what we mean. The sample images don't look particularly 3D to us, the 3D effect goes into the frame rather than popping out, and some images feel like cardboard cutouts layered below each other.

EyeFly's makers say that the app can convert 2D images taken using mobile devices to be converted into 3D, but tapping on '3D Photos Creation' now only brings up a 'Coming Soon...' notice. 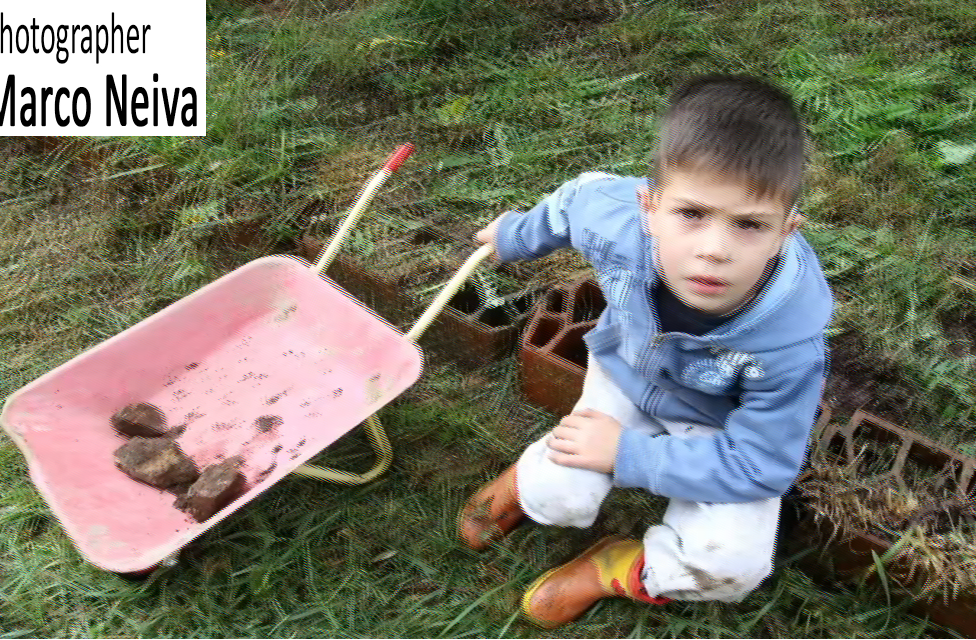 Video content is more plentiful, as the EyeFly 3D app can search for 3D videos on YouTube to watch. To get the 3D effect however, those videos must be played within the app, as it combines both left and right sides of the video into a single image. We tried using both mobile Safari and the YouTube app to watch the same video but with no success.The 3D effect ranges from noticeable to minimal, depending on the video, but it's not always obvious that you're getting a 3D experience.

One problem with viewing things in 3D is that as the subjects move in and out of the focal plane in the video, they transition from sharp to blurry double-images as you're watching. It can be quite jarring, not to mention dizzying. Still, the EyeFly 3D film is an interesting idea, and if people are going to get a screen protector anyway, they might just as well get one which lets them watch 3D from time to time. 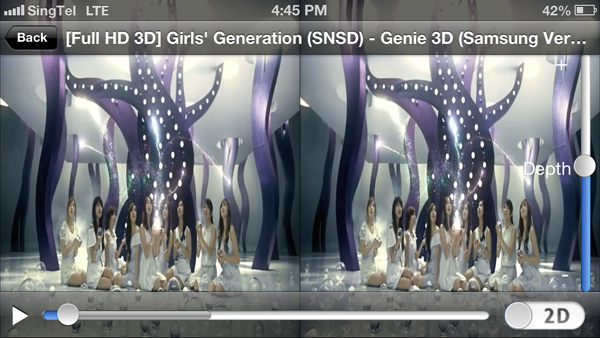 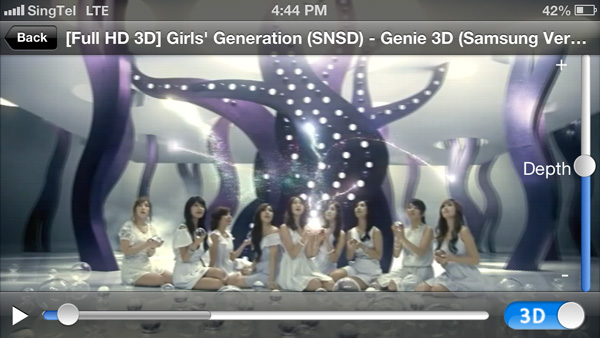 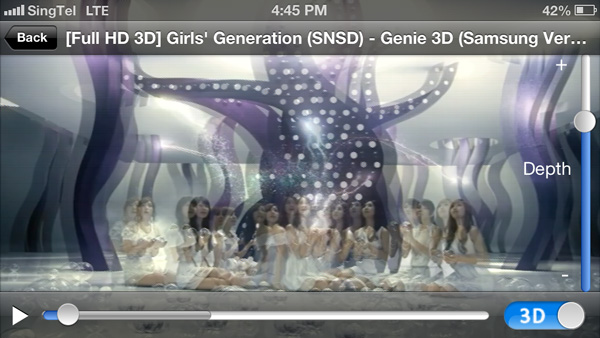 The EyeFly team says that the brightness of the mobile device isn't affected. We found that to be true, but the film is affecting the display in an odd way, making the edges of icons appear pixelated on our iPhone 5.

EyeFly's developers say that they have created apps for both iOS and Android, but they are launching the film on iPhone 5 and the iPod touch (5th generation) first, as it's a non-trivial effort to create films to work on specific devices. They plan to roll out the EyeFly 3D film for the iPad in 60 to 80 days, and for Android phones in three to four months.

Besides 3D visuals, EyeFly's developers are also exploring using the same technology for security access tokens to decode PIN numbers sent online. Instead of the simple numbers sent today as part of 2 factor authentication, a jumble of numbers with up to a quadrillion permutations can be sent to the user, and when the film is held up above the numbers a simpler string of numbers is revealed as the PIN.

The EyeFly 3D film is available for pre-order now at US$34.95, and will be available in the stores here from the mid to 20th of April.

Join HWZ's Telegram channel here and catch all the latest tech news!
Our articles may contain affiliate links. If you buy through these links, we may earn a small commission.
Previous Story
3DMark Finally Hits Android
Next Story
The LuminAID Inflatable Solar Light Comes to Singapore