The Eye of the Beholder trilogy is now available for free on GOG.COM

The Eye of the Beholder trilogy is now available for free on GOG.COM 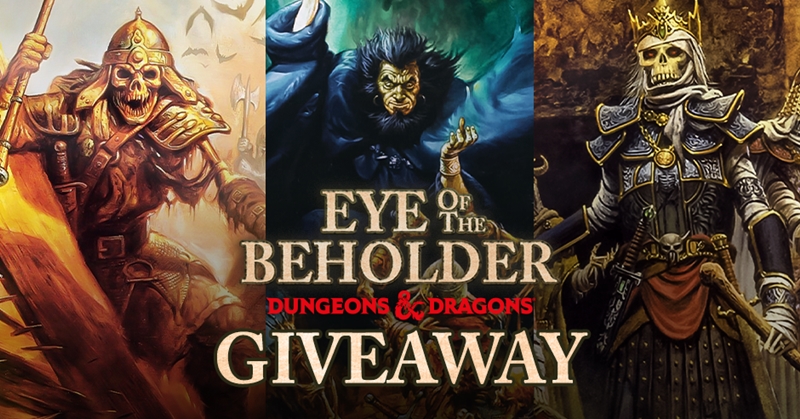 There are current-gen RPGs like The Witcher 3: Wild Hunt.

Then there are the old-school favourites like the original Final Fantasy VII.

And even further back are the "precursor RPGs" that make those look young by comparison.

As a matter of fact, one of those series happens to be free on GOG.COM right now, and it's the entire trilogy to boot. Ever heard of Eye of the Beholder? No? That's all right, because I didn't either, until about two hours ago. Anyway, this freebie set of three games, which are widely considered to be one of the forefathers of the RPG genre will only be available for the next 48 hours and comes alongside a medley of huge discounts for classic Dungeons & Dragons titles, some of which are a whopping 75% off the usual price.

But why all the fuss over D&D? That's because the D&D Live 2020: Roll w/Advantage event is about to kick off. It will take place from 18-20 June, and viewers can watch as a wide cast of comedians, TV stars, famous personalities embark on their very own D&D adventure to raise funds for Red Nose Day, an initiative that aims to help kids affected by the recent coronavirus outbreak.

Nothing like having fun while doing your part for charity, right? Regardless, do take note that while the Eye of the Beholder giveaway concludes on 19 June at 5 pm UTC, the sale period for D&D titles will last all the way till 25 June, so make sure to grab the former while you can. Speaking of free games, we mentioned The Witcher 3: Wild Hunt at the start, too - did we mention you can also claim a free copy of that from GOG Galaxy 2.0?

Join HWZ's Telegram channel here and catch all the latest tech news!
Our articles may contain affiliate links. If you buy through these links, we may earn a small commission.
Previous Story
Why the ASUS ZenBook 14 (UX425) could be your best portable partner
Next Story
Horizon Forbidden West will launch in 2021 and has 'virtually no loading screens'