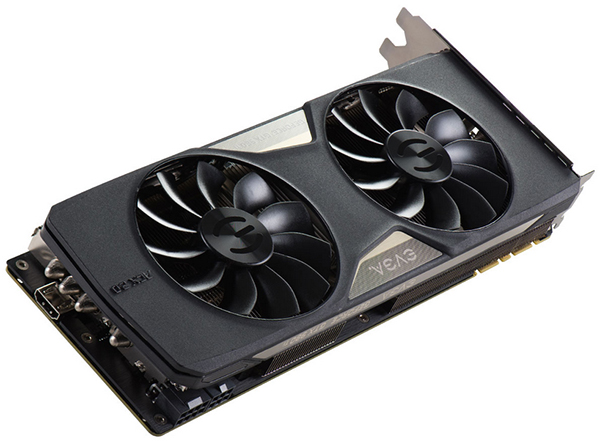 Graphics card manufacturers are known for releasing multiple versions of high-end graphics cards, and EVGA is no exception. The company already has 10 variations of the NVIDIA GeForce GTX 980 Ti, and it’s now back with two more special VR editions of the card to capitalize on the impending release of VR headsets from companies like Oculus and HTC.

Unfortunately, the so-called VR-specific features don’t take the form of especially aggressive overclocks or anything like that. In fact, both VR edition cards have the same clock speeds as NVIDIA’s reference card, to the tune of a 1,000MHz base clock and 7,010MHz memory clock. What makes the new cards different is instead the addition of a single HDMI port on the opposite side of the card and facing the front of the case.

This HDMI port is used to connect the card to the bundled 5.25-inch drive bay device that includes an HDMI 2.0 port and two USB 3.0 ports. You could then simply plug your VR headset into the front HDMI port. 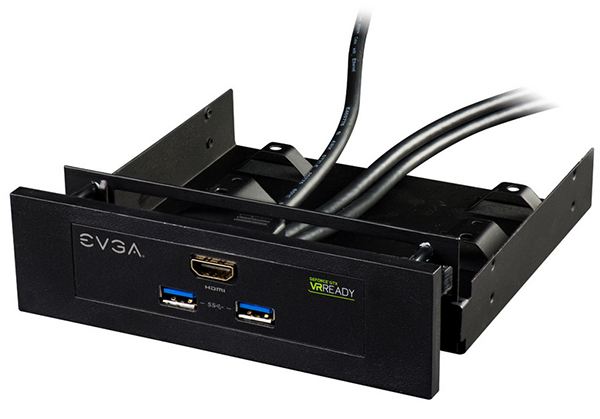 Of course, you can still run your VR headset by plugging it into a regular HDMI port on the rear of a non-VR edition GeForce GTX 980 Ti or any other sufficiently powerful card, but the idea behind the front-mounted bay is to give you more slack on the cables from your headset when it is plugged into the front. It'll also look a lot neater because you don't have to route the cable from the back of your PC.

EVGA has surprisingly decided not to charge a premium for the ACX 2.0+ cooler and both versions of the EVGA GeForce GTX 980 Ti VR Edition are available now for US$699.99.