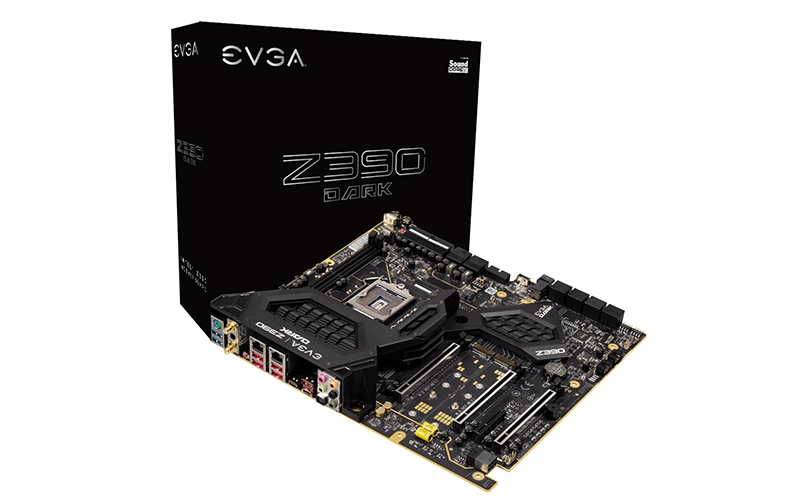 EVGA has announced the Z390 Dark, a brand new E-ATX motherboard armed to the teeth with features for overclockers and enthusiasts.

The company is going after professional overclockers with the Z390 Dark, which may be why it saw fit to do away with two DIMM slots. Instead, the board will only support up to 32GB of dual-channel DDR4 memory.

That said, the DIMM slots are also one of the most distinctive features of the board. They don't run parallel to the board's right edge, as they normally do. EVGA rotated the CPU socket 90 degrees anti-clockwise, thus making room for the memory slots up top. The space on the right that is normally occupied by the DIMM slots is now taken up by a collection of overclocking-oriented switches, including a triple BIOS select switch, a Slow Mode switch, and switches to disable individual PCIe slots during troubleshooting.

The board is also equipped with a massive 17-phase VRM, which is in turn cooled by a large heatsink. In addition, EVGA is boasting a 10-layer PCB with a gold-plated shielding edge that supposedly improves stability during heavy loads and high overclocks.

At the top, you'll find ProbeIT connectors for attaching a digital multimeter and monitoring your voltages in real-time. 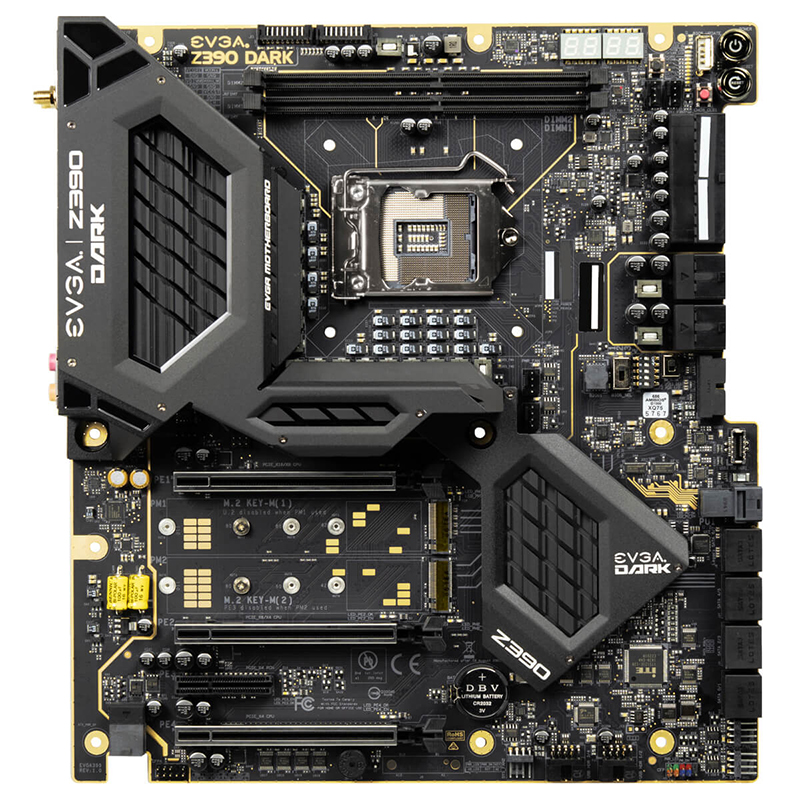 Another thing you'll notice is the right-angled power connectors, where the 24-pin and both 8-pin CPU headers run parallel with the motherboard. The same applies to the fan and USB 3.1 (Gen 1) headers, which should make cable management slightly easier.

The debug LEDs at the top right of the board can also be configured to display useful information such as temperature or voltages.

Join HWZ's Telegram channel here and catch all the latest tech news!
Our articles may contain affiliate links. If you buy through these links, we may earn a small commission.
Previous Story
Microsoft's Surface Pro 6, Surface Laptop 2, and Surface Studio 2 goes on sale today
Next Story
SpaceX will lay off hundreds of workers after its successful launch of Iridium communication satellites