Here's every announcement and trailer from the latest Nintendo Direct Mini 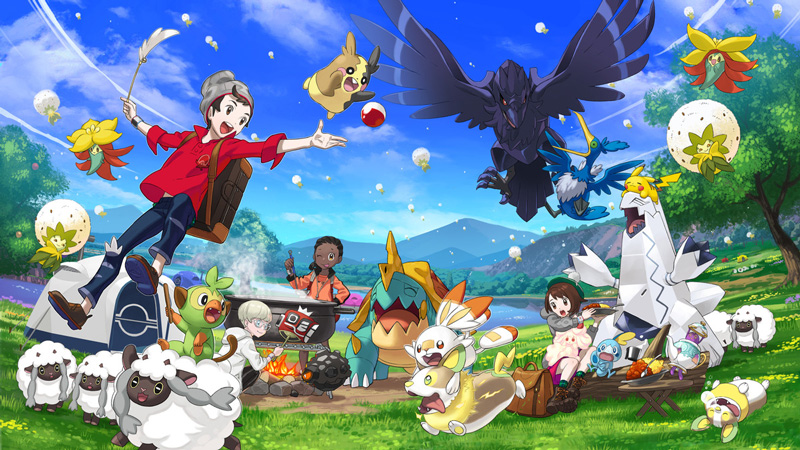 It’s about time! We haven’t had a proper Nintendo Direct since September 2019, and a look at Nintendo’s upcoming slate of games in 2020 was long overdue. While this turned out to be a Nintendo Direct Mini and not a fully-fledged Direct, it did have a couple of exciting announcements and reveals anyway.

Still, it did seem quite lacking compared to past Directs. Breath of the Wild 2, Bayonetta 3, Metroid Prime 4 and multiple other titles we know are in the works weren’t touched on whatsoever. Instead, we got more details on two of Nintendo’s biggest upcoming releases in 2020: Xenoblade Chronicles Definitive Edition and Bravely Default 2. Check out our recap!

The legendary open world RPG is back! Xenoblade Chronicles Definitive Edition brings the game to the Nintendo Switch with remastered visuals, redone music and overhauled mechanics to bring the game up to date. If you don’t fancy replaying the game for a hundredth time, know that it even comes with a brand-new epilogue titled ‘Future Connected’. The epilogue features an extra adventure with Shulk and Melia!

This Direct kept the ball rolling with the announcement of a suite of 2K Games’ titles arriving on the console soon. The Borderlands Legendary Collection includes Borderlands, Borderlands 2 and Borderlands: The Pre-Sequel. Bioshock: The Collection comes with Bioshock, Bioshock 2 and Bioshock Infinite with all their DLC. XCOM 2 will also come to the console, along with four DLC packs and the War of the Chosen expansion. These are all really great and very different games - but I’d personally recommend the Bioshock Collection!

Marvel Ultimate Alliance 3 players aren’t lacking in new content, that’s for sure. The latest DLC for the game adds Dr. Doom, who goes against the Fantastic Four with his own unfriendly plans for world domination. Is it just me or does Dr. Doom sound awful in this? What’s up with that voice acting?

Animal Crossing fans can look forward to new cosmetic items and other events in upcoming seasonal updates! Soon, the game will introduce Bunny Day on April 1, and then Earth Day later in April. Both events will bring new stuff for players to beautify their island with. Fun times!

My personal highlight of this Direct Mini is super weird. Good Job! has you sign up to help out an office with all sorts of tasks - such as refilling coffee, or getting a new projector to the meeting room. Now, you could do the normal thing and just swivel that projector over. Or you could launch it into the meeting room, destroying half the office in the process. Now that’s fun!

The team behind Persona made a provocative game about a guy struggling with his chaotic love life. Oh, and he has demonic nightmares that require him to solve puzzles every night. Read our review here!

Join HWZ's Telegram channel here and catch all the latest tech news!
Our articles may contain affiliate links. If you buy through these links, we may earn a small commission.
Previous Story
The Samsung Galaxy M11 is a budget triple-camera phone that’s unlikely to be sold here
Next Story
Half-Life 2 has gotten an unofficial VR port demo using Alyx's engine