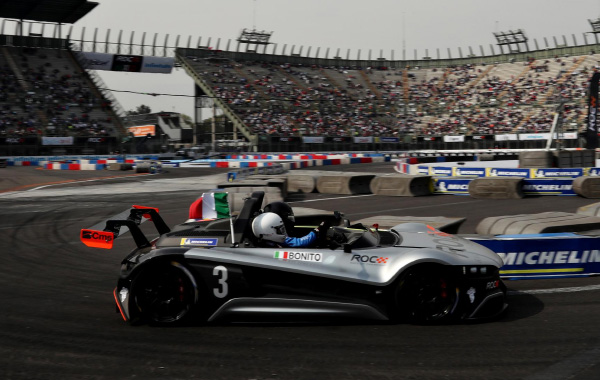 It has finally happened. eSports racing hotshot Enzo Bonito has just beaten former Formula 1 racer Lucas di Grassi at the Race of Champions at the Foro Sol Stadium in Mexico.

The Race of Champions is a race that takes place annually that pits the top drivers from all motorsports against each other.

Enzo Bonito, on the other hand, is a 23-year-old that's widely regarded as one of the best eSports sim racer in the world. He currently drives for McLaren's official Formula 1 eSports team and is a multiple world record holder in the sim-racing game Assetto Corsa.

Lucas di Grassi is a professional racing driver that has competed in multiple events. He drove for Virgin Racing in Formula 1 in 2010, Audi Sport Team Joest in the FIA World Endurance Championship from 2012 and 2016, and Audi Sport in Formula E. His most famous success was winning the Formula E championship in the 2016/17 season.

So as you can see, di Grassi has some serious racing chops, which makes Bonito's win all the more impressive.

di Grassi and Bonito raced each other in a time challenge and in the same car - a Vuhl 05 ROC Edition 2019. Bonito eventually crossed the line in just 0.6 seconds before his opponent.

But hey, as Dominic Toretto famously once said, "It don't matter if you win by an inch or a mile. Winning's winning."

The next time your parents chide you for playing too many games, tell them the story of Enzo Bonito.

Join HWZ's Telegram channel here and catch all the latest tech news!
Our articles may contain affiliate links. If you buy through these links, we may earn a small commission.
Previous Story
Amazon introduces its Robotic Tech Vest to protect workers from robots
Next Story
The Motorola Razr could be returning next month as a $1,500 folding smartphone