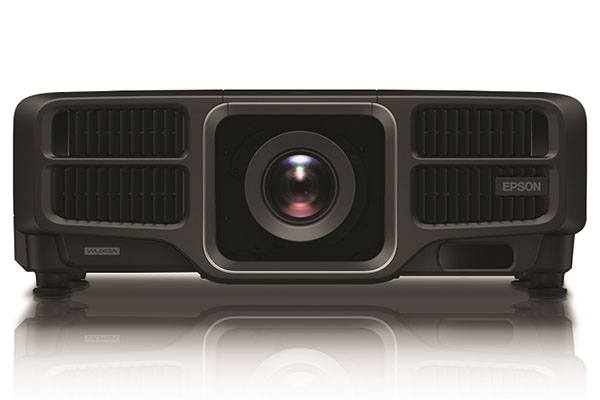 Epson, the world’s number 1 projector brand for the past 15 years, has today launched its EB-L1000 series laser projectors for use in large venues like command centers, museums, malls, convention centers, and hotel lobbies.

Designed for rental and staging, the EB-L1000 series uses a laser light source and has a sealed optical engine. Epson admits that it isn’t the first projector maker to have a lamp-free laser projector, but stresses that it took its time in order to overcome stability issues often associated with the tech, and to achieve its goal of delivering a laser projector lineup with high brightness.

The fruit of this labor is the EB-L1000 series, which is the world’s first laser projector to integrate inorganic 3LCD panels with an inorganic phosphor wheel. The use of inorganic material is important, as it ensures high light and heat resistance. The end result is bright and vibrant images with customizable brightness modes and very granular hue adjustment settings, and up to 20,000 hours of virtually maintenance-free use (no problem with 24/7 operation, too). For the highest-end L1505U, you get up to 12,000 lumens color brightness and 12,000 lumens white brightness. Other models in the range include the 6,000-lumen L1100U, the 7,000-lumen L1200U, and the 8,000-lumen L1405U.

While the EB-L1000 series projectors have a native resolution of WUXGA (1,920 x 1,200), they’re able to double their resolution to 3,840 x 2,160 through the use of a 4K enhancement technology that shifts each pixel diagonally by 0.5 pixels. Expectedly, this feature enhances the picture quality of 1080p images, which is important when you consider the large image size these projectors are designed to project. 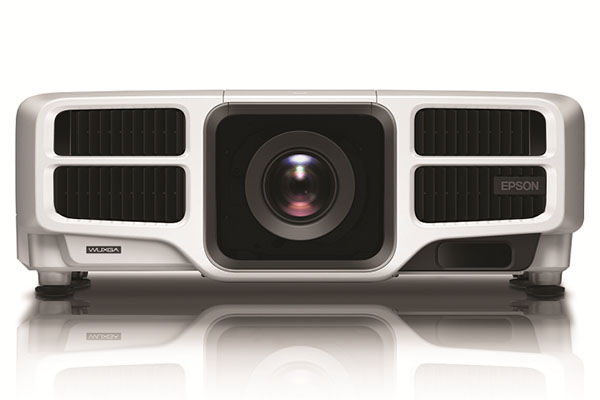 Calibrating the EB-L1000 series projectors is a simple affair too. With just a few button presses, the L1000 is able to adjust its color, uniformity, and white balance on its own based on the info from its built-in camera. A scheduling function is also provided, so you can program the calibration to start automatically at a specific time.

For display walls and edge-blending screens (i.e., when multiple screens and projectors are used), the network-capable L1000 (separate module required for wireless LAN) is also able to automatically recognize its position in the matrix and assign itself an ID and IP address for easy adjustment. There’s up to 10 optional motorized lenses to choose from, including an ultra-short-throw lens that has a 0.35 throw ratio and zero offset. These lenses are also compatible with Epson’s G7XXX series of projectors. Lens positions, zoom and focus levels, and geometric corrections can all be saved as presets for easier recall later.

In addition to edge blending, the L1000 can rotate 360 degrees in any direction. With no tilt angle restrictions, this feature is useful for off-axis position. For example, it can be mounted on the ceiling and project straight down on the floor, or placed on the floor and point straight up to the ceiling. You can also turn the projector on its side to project the image in portrait orientation.

Lastly, connectivity-wise, the EB-L1000 series supports HDBaseT, HDMI with HDCP 2.2, DVI-D, VGA, and BNC. But 3G-SDI, which allows the transmission of uncompressed, unencrypted digital video signals for real-time video playback, is only found on the L1405U and L1505U.

Join HWZ's Telegram channel here and catch all the latest tech news!
Our articles may contain affiliate links. If you buy through these links, we may earn a small commission.
Previous Story
The Galaxy Note7 may get the Android 7.0 Nougat update in two to three months
Next Story
ASUS ROG GT51 desktop now comes with choice of one or two GeForce GTX 1080s