Update: Corrected the contrast ratio stated for the EH-TW5350. 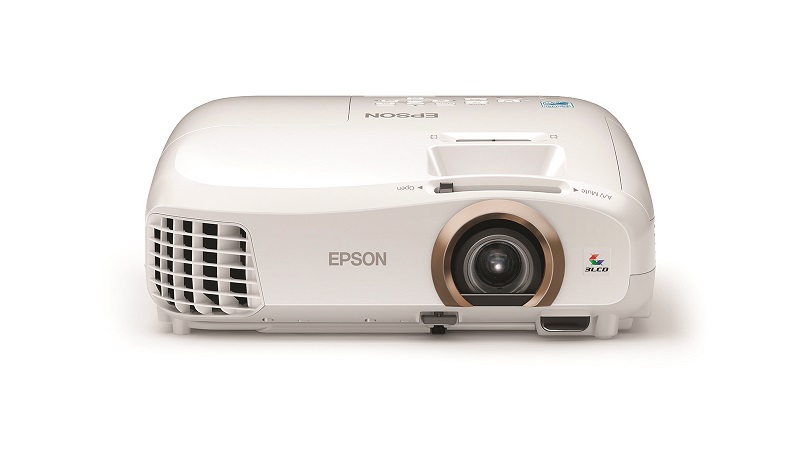 A decent home projector with high-end features can be very affordable. Epson’s latest addition, the EH-TW5350, is an entry-level Full HD (1080p) home projector made for home use. It comes with advanced features such as image enhancement, 2D to 3D conversion, and frame interpolation – features that were exclusive only to Epson’s higher-end home theatre projector models.

The new projector, according to Epson, also comes with improved brightness and contrast ratio when up against its older counterparts. It has a contrast ratio of 35,000 : 1, making the projected whites 35,000 times brighter than the black images – this is significantly higher than fellow home projector EH-TW5200, which sits at 15,000 : 1 contrast ratio. The new EH-TW5350 has a color light out and white light output of 2,200 lumens, which is also higher (and thus brighter) than the EH-TW5200’s 2,000 lumens.

The high-end features are handy too. Frame interpolation reduces excessive blur and makes action look smoother and sharper by inserting new frames in between original frames, and image enhancement reduces noise in the projected images by checking the on-screen background against the edge of objects displayed. 2D to 3D conversion is pretty self-explanatory, but the Epson EH-TW5350 projector uses Active Bluetooth 3D glasses to synchronize the signals between the projector and the viewer, eliminating the need for a transceiver’s line-of-sight, and reducing interference from other infrared devices.

The EH-TW5350 has two HDMI inputs and it supports Intel WiDi/Wi-Fi certified Miracast technology that allows for easy wireless transmission of Full HD videos from PCs, smartphones and other devices. When on standby, it displays a user-friendly “home screen” that shows what devices are connected, and allows users to choose inputs and configure settings.

The Epson EH-TW5350 home projector will retail at S$1,499 – which is a steal, considering the features that are built into the projector. It is available now at major retail shops.

Join HWZ's Telegram channel here and catch all the latest tech news!
Our articles may contain affiliate links. If you buy through these links, we may earn a small commission.
Previous Story
Short on gift ideas? Look no further than Ban Leong's IT hampers!
Next Story
OnePlus reveals Android 6.0 Marshmallow update schedule for its smartphones