An epic war unfolds in the trailer for Transformers War for Cybertron: Siege

An epic war unfolds in the trailer for Transformers War for Cybertron: Siege 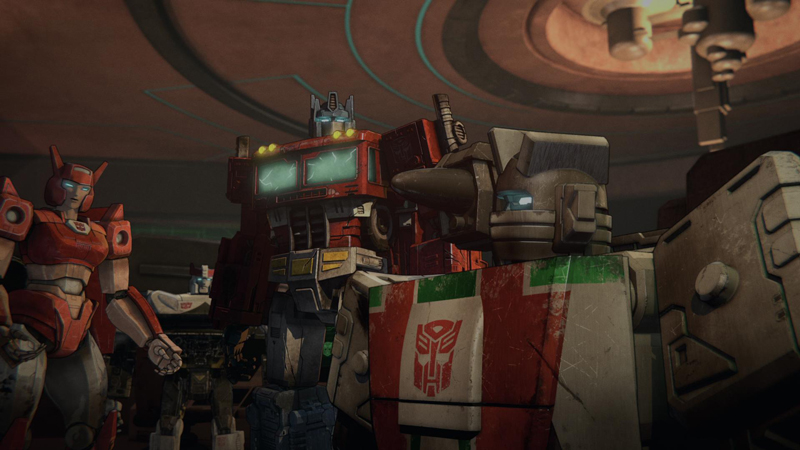 The robots in disguise go to war.

Siege will cover the epic war between the Autobots and Decepticons on their home planet, Cybertron. The Autobots are led by Optimus Prime and the Decepticons are led by Megatron, and the two factions are battling it out to gain control of the Allspark. The Netflix series seems a lot darker than expected, portraying the war for Cybertron in a fairly grim light.

It is the final hours of the devastating civil war between the Autobots and Decepticons. The war that has torn apart their home planet of Cybertron is at a tipping point. Two leaders, Optimus Prime and Megatron, both want to save their world and unify their people, but only on their own terms. In an attempt to end the conflict, Megatron is forced to consider using the Allspark, the source of all life and power on Cybertron, to “reformat” the Autobots, thus “unifying” Cybertron. Outnumbered, outgunned, and under Siege, the battle-weary Autobots orchestrate a desperate series of counterstrikes on a mission that, if everything somehow goes right, will end with an unthinkable choice: kill their planet in order to save it.

Transformers: War for Cybertron Trilogy: Siege will hit Netflix on July 30. Part two (Earthrise) and the untitled final part have not received release dates yet.

Join HWZ's Telegram channel here and catch all the latest tech news!
Our articles may contain affiliate links. If you buy through these links, we may earn a small commission.
Previous Story
Videogames might get a price hike with the launch of next-gen consoles
Next Story
Microsoft will showcase first-party Xbox Series X games on July 23