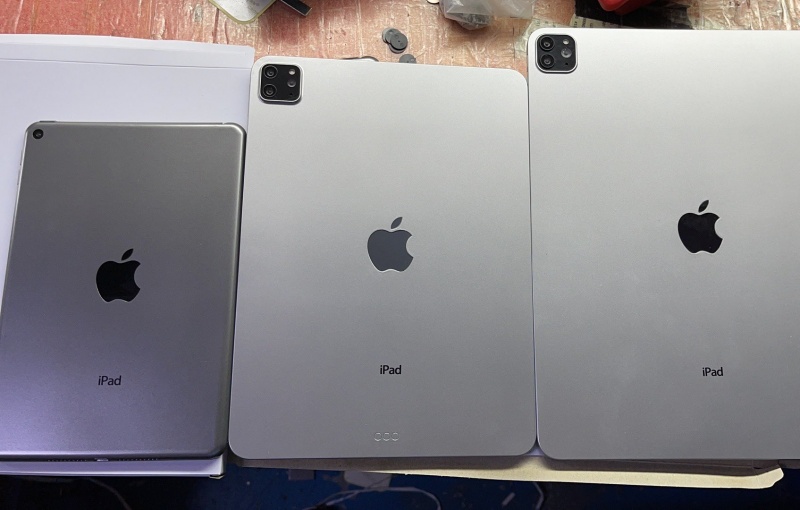 Aside from working on an iPad Pro with glass back and wireless charging, Apple is said to be planning a major design revamp for the entry-level iPad and iPad mini.

According to Bloomberg, the next-generation iPad mini will sport slimmer bezels and the removal of the Touch ID button has been tested. In addition, Apple may release a thinner version of its entry-level iPad for students later this year. Reports hint that the upcoming iPad will have a similar design to the third-gen iPad Air.

Earlier rumours suggest that the new iPad mini will come with an 8.4-inch display, but the Touch ID button and Lightning port are likely to be retained. Purported photos of the iPad mini 6 dummy unit show a "slighty thicker" device.

Analyst Ming-Chi Kuo claimed that the iPad mini could have been released alongside the 2021 iPad Pro models, but it was delayed due to the global chip shortage. Kuo also said that Apple is working on an iPad mini with mini-LED display.

If and when Apple releases these new tablets, do expect stocks to be tight as Apple has already confirmed supply constraints for the iPad and Mac for the rest of the year.

Join HWZ's Telegram channel here and catch all the latest tech news!
Our articles may contain affiliate links. If you buy through these links, we may earn a small commission.
Previous Story
Horizon Forbidden West's first gameplay trailer is already knocking it out of the park
Next Story
Apple to release an iPad Pro with a glass back and wireless charging in 2022?