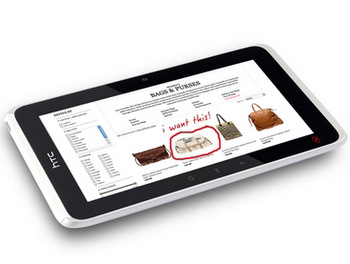 Hands up if you're still using Windows XP at the office. If it makes your stomach churn, then at least take comfort you're not the only one. IT department in enterprises have always been slow to adopt new technology, and continual use of Windows XP is just an example which the most readers can relate to. The reason usually given is the immense number of users relatively small IT departments need to support.

But as technology advances, powerful do-all devices like the Apple iPad are increasingly finding their way into the hands of enterprise executives. IT departments have also realized that banning the use of such devices will only further endanger their systems -- people will still use it any way they can. The silver lining here is that IT departments are slowly beginning to increase support for such devices, as well as social networking platforms.

Results find workers are bringing personal devices into the enterprise at an increasing rate, with 40 percent of the devices used to access business applications being personally owned; a 10-percentage-point increase from last year. Use of social media applications, blogging, and microblogging in the enterprise also increased. This year 20 percent of organizations surveyed used Facebook and MySpace for business purposes, while just 8 percent said they used the site for business in 2010.

Join HWZ's Telegram channel here and catch all the latest tech news!
Our articles may contain affiliate links. If you buy through these links, we may earn a small commission.
Previous Story
BBC Makes Doctor Who Available on Facebook
Next Story
EA Buys PopCap Games for US$750 Million