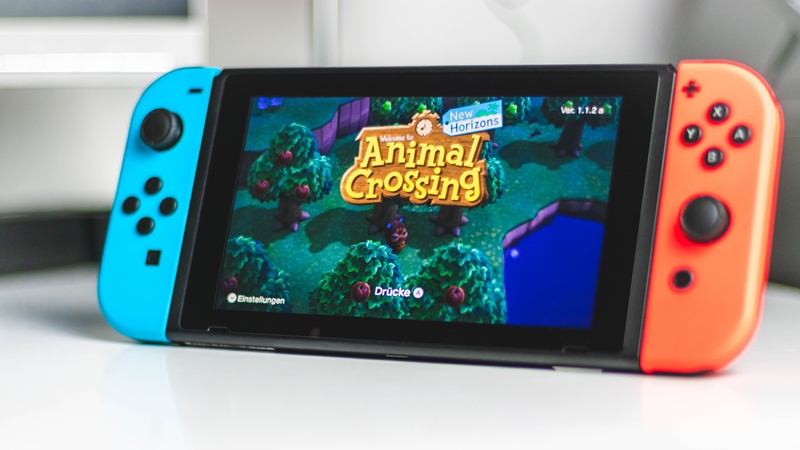 With the new-and-updated Nintendo Switch expected to release during the 2021 holiday season, it's only natural for people to be curious about potential performance and graphic improvements, and as a matter of fact, the upcoming iteration of Nintendo's super-versatile handheld console does pack a medley of "buffs".

On top of the expected CPU and memory improvements, one of the device's main updates is a fancy 7-inch 720p OLED screen capable of 4K outputs, which should make for some visually stunning experiences when you finally buy one and boot up your games. But that's not all. According to a recent article by Bloomberg (thanks!), the console reportedly runs on an enhanced NVIDIA graphics chip as well, but more importantly this one happens to support Deep Learning Super Sampling (DLSS) technology.

In layman's terms, DLSS tech refers to the use of deep learning algorithms to help devices optimise visual delivery without sacrificing quality. It was originally introduced in NVIDIA's RTX 20 series chips, which were built on the old Turing architecture. However, while PCs and large gaming consoles like the PS5 and Xbox Series X have since moved far beyond this, it should still provide a nice, hefty boost to the Switch's outputs, and by extension, your gaming experiences too.

Unfortunately, like many good things, this tech does come with a small catch - it will probably work better on newer Switch titles as compared to older ones. DLSS is a two-way street after all - developers will also need to optimise their code on their end to work with it. Additionally, it's not known right now whether the enhanced Switch will be able to directly provide native 4K for these newer games, or if it will simply upscale them to 4K. Either way, we can certainly expect such improvements to jack up the price of the updated model, so if you intend to snag one of these during the holidays you should be prepared to fork out more cash as well.

Join HWZ's Telegram channel here and catch all the latest tech news!
Our articles may contain affiliate links. If you buy through these links, we may earn a small commission.
Previous Story
Apple's mixed reality headset may weigh less than 150g
Next Story
Keanu Reeves' BRZRKR comic is getting both a live-action movie and anime series on Netflix