Engineers from NASA and MIT have developed a shape-shifting aircraft wing that’s is able to alter its form mid-flight for better control of the aircraft. The new wing design will also afford “greater flexibility in the design and manufacturing of future aircraft.” 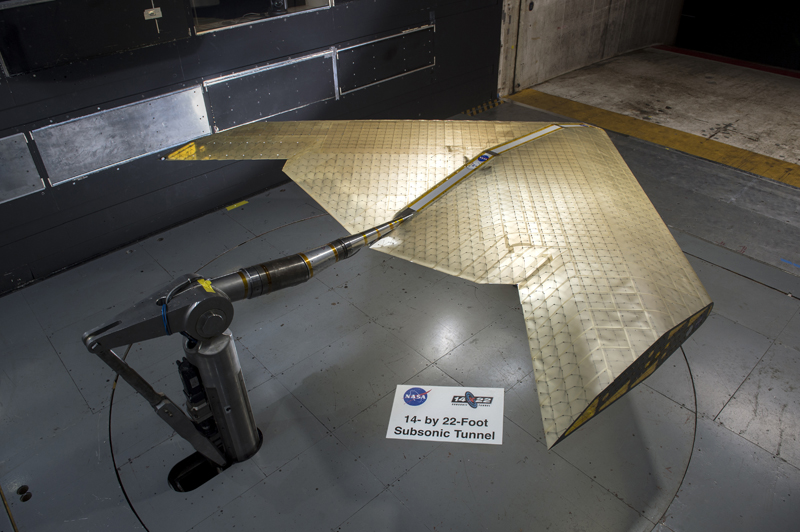 The new wing actually eschews the need for movable surfaces such as “ailerons to control the roll and pitch of the plane” as the new wing construct makes it possible to change the entire shape, or parts of it, of the wing. The wing is constructed with a mixture of stiff and flexible components. The entire wing is covered with a thin polymer material that’s similar to the framework of the wing. The redesigned wing structure is lighter and will result in more energy-efficient aircrafts. The researchers use thousands of tiny triangles of matchstick-like struts, with numerous air pockets, to create the structure of the wing. It boasts of the “structural stiffness of a rubber-like polymer and the extreme lightness and low density of an aerogel.”

The researchers state the wing structure has a density of 5.6kg per cubic meter, while rubber has almost 300 times the density, and both materials have the same stiffness. The construct lattice of the wing is as strong as rubber but is much lighter than the latter.

The team also incorporated a system that will change the shape of the wing structure, based on the aerodynamic load conditions. This is accomplished with the careful design of the relative positions of the structs, with differing amounts of flexibility. The current version of the wing is assembled manually; however, the researchers say the construction process can be handled by an assembly of autonomous robots.