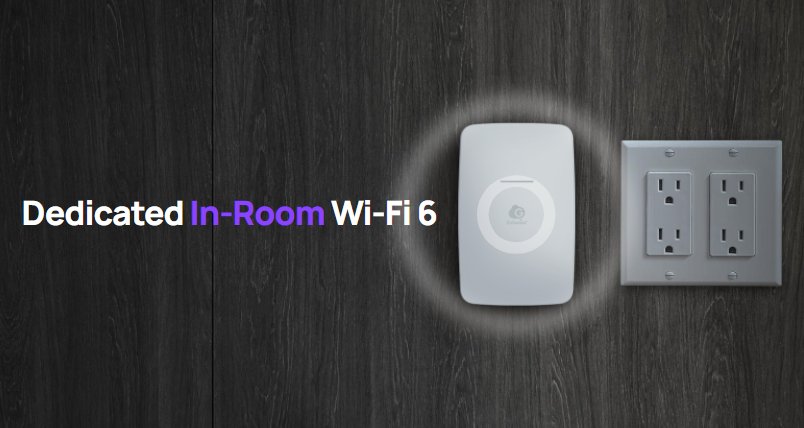 EnGenius has just announced its first Wi-Fi 6 wall-plate access point (AP). As its name suggests, the AP installs as an unassuming wall plate in rooms to support devices such as laptops, tablets, smartphones, and IoT sensors.

Under the hood, the new ECW215 has dual-band Wireless 802.11ax (2x2:2) and is designed for multi-tenant environments such as dormitories, hotels, and classrooms. Apart from the backhaul port, a built-in gigabit switch can connect two other Ethernet devices with port-based 802.1Q VLAN support.

The device is powered either by PoE 802.3af or 802.3at (PoE+), though there is also a built-in 12V DC input. It does not come with an AC adapter by default, but EnGenius does sell an optional AC power adapter. 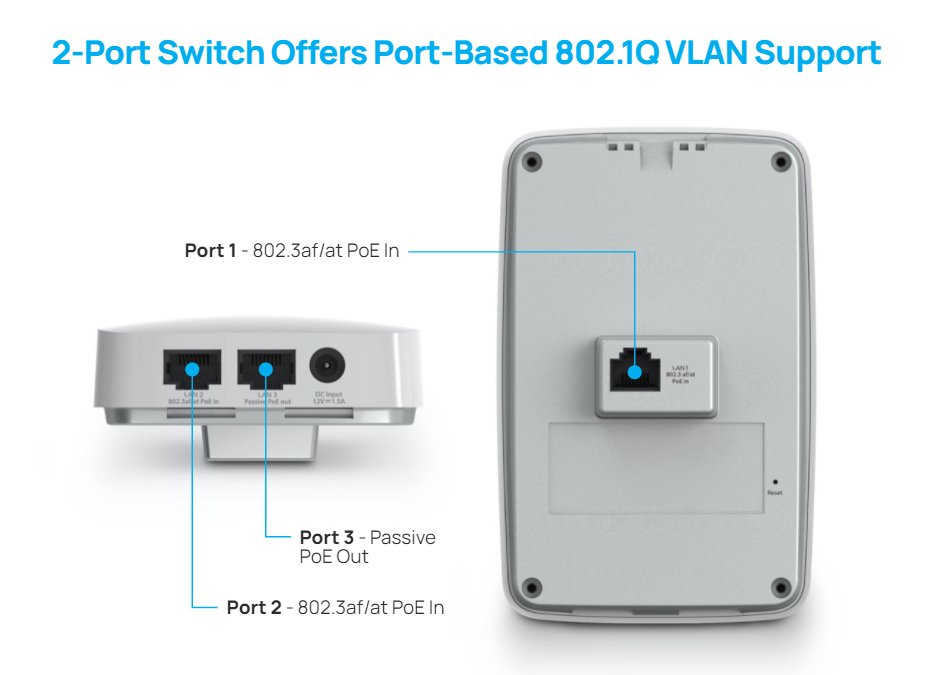 Passive PoE output is offered on one of its two gigabit LAN ports for powering wired devices such as VoIP phones or other PoE devices with PSE support.

In addition, users can also leverage the AP’s "SmartCasting" capability to cast media from their mobile devices to a Chromecast or Apple TV for personalised entertainment without impacting other users within the multi-tenant environment.

The ECW215 is EnGenius cloud-managed, which means IT professionals can quickly deploy and configure multiple APs from a license-free cloud interface. Advanced client authentication is offered for higher security, alongside advanced AP diagnostics for remote troubleshooting. (Certain features require the Pro version of EnGenius Cloud and will require a license fee).

We know how hard it can be for installers to work with multi-tenant projects. Our goal is to make that job much easier.  That's why we’re excited to be launching a Wi-Fi 6 wall-mount AP that greatly improves installation, configuration time and provides for efficient connectivity in apartments, hotel rooms, and college dorms. We want to help you provide the best end-user experience possible. -- Bryan Slayman, product line manager at EnGenius.

According to the official press release, upcoming features will add the ability to extend captive portal, splash pages, and security options to the LAN ports to unify the wireless and wired network onboarding process for a seamless user transition.

Shipping for the EnGenius cloud-managed ECW215 wall-plate AP will begin May 2022.

Source: EnGenius
Join HWZ's Telegram channel here and catch all the latest tech news!
Our articles may contain affiliate links. If you buy through these links, we may earn a small commission.
Previous Story
PSA: The Witcher trilogy is available on Steam for just S$13.17
Next Story
Real life photos of Google Pixel Watch revealed