The Power Max and Ultimate product lines consist of feature phones and will make up the bulk of the 26 upcoming devices. Energizer said that one of the Power Max models has a 18,000mAh battery, which is the largest ever on a phone. The company unveiled the Power Max 16K Pro with a 16,000mAh battery last year.

The Ultimate product line will have some models with pop-up selfie cameras and one with a foldable design. As you can infer from the features of the upcoming Ultimate models, the product line focuses on performance, innovation and elegant design. 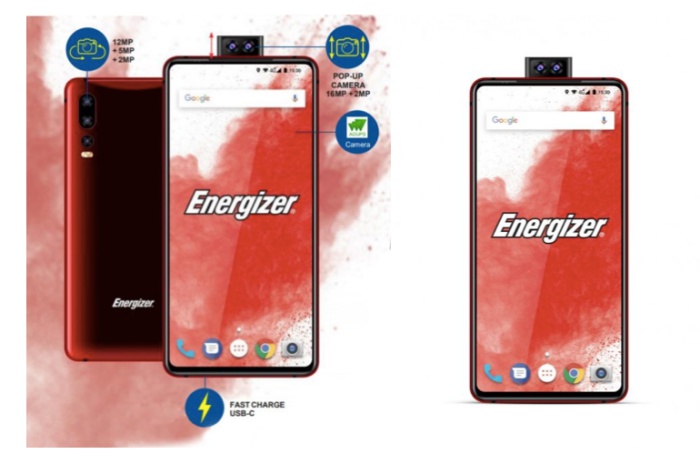 Energizer released some preliminary details about five upcoming models. The U620S Pop (pictured above) has a 6.2-inch Full HD+ display with no notch and almost no bezels. The front-facing cameras are housed within a motorized pop-up.

On the back are three cameras with 16MP, 5MP and 2MP depth sensors. Other specs include a MediaTek Helio P70 chipset, 6GB RAM, 128GB internal storage space, a 3,200mAh battery with USB-C, and a microSD memory card slot. 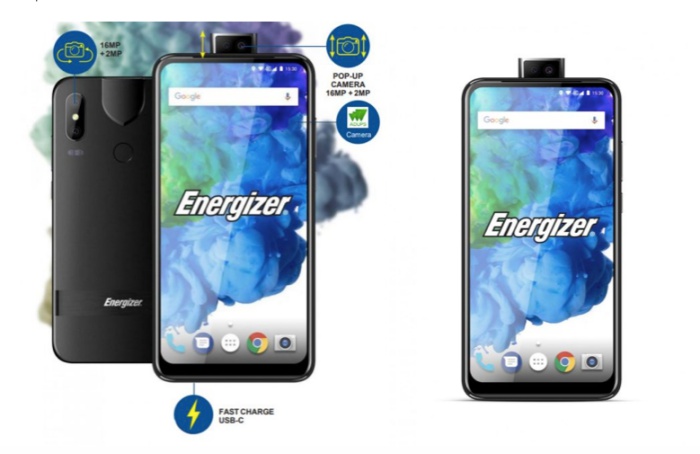 The U630S Pop is a lower-end model with a similar design. It is powered by a MediaTek P22 chipset, 4GB RAM and a 3,500mAh battery. Other specs include 64GB internal storage space, a 6.2-inch HD+ display, a rear fingerprint sensor, a dual-camera module (16MP + 2MP) on the back and two front-facing cameras (16MP + 2 MP depth sensor) at the front in the motorized pop-up.