It looks like the full EMUI 10 update with Android 10 is finally rolling out for P30/P30 Pro devices in Singapore. We woke up this morning to this update package comprising an M1 network configuration update version 10.0.0.1 and EMUI 10 with a build number of 10.0.0.168 (with November 2019 security patch). The whole update weighed in at 4.62GB. 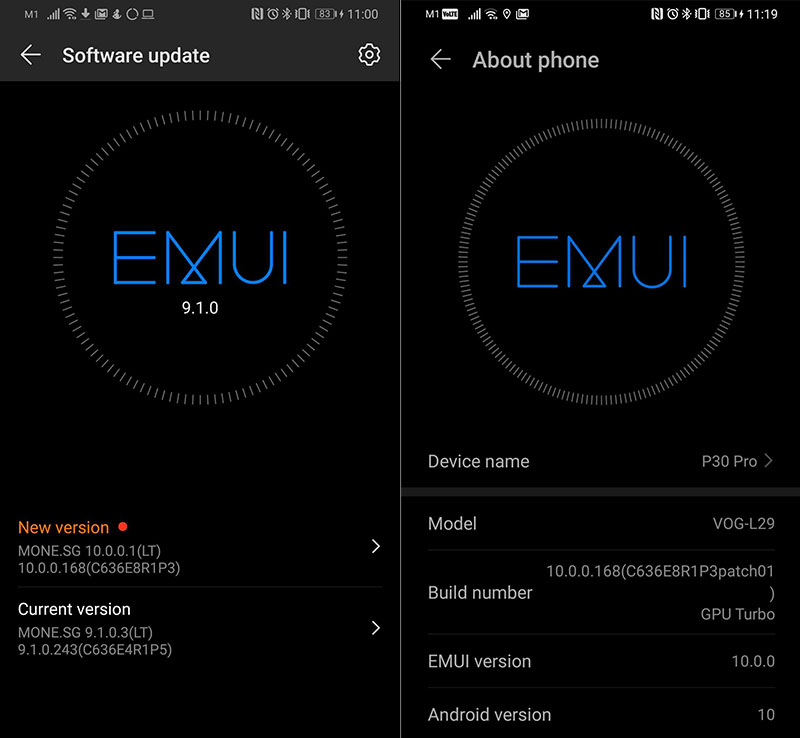 We previously tested a beta release of EMUI 10 on the P30 Pro back in August and that carried a build number of 10.0.0.42. You can check out the preview here.

While the newer Mate 30 series runs on Android 10, it is based on the Android Open Source Project that does not have GMS. The P30 series - and other Huawei devices launched prior to the Mate 30, up till the Nova 5T are 'full fat' Android devices with all GMS services and the Play Store. So this update is the latest, greatest (and probably last) major Android version update the phone will get.

The patch notes do caution users that there might be some apps, especially hyperlocal apps such as internet banking that not be compatible with Android 10 yet. So, you are still advised to upgrade at your own risk. There is a way to roll back to EMUI 9.1 through Huawei's HiSuite software, but doing this will wipe your phone, so you should backup your data first. 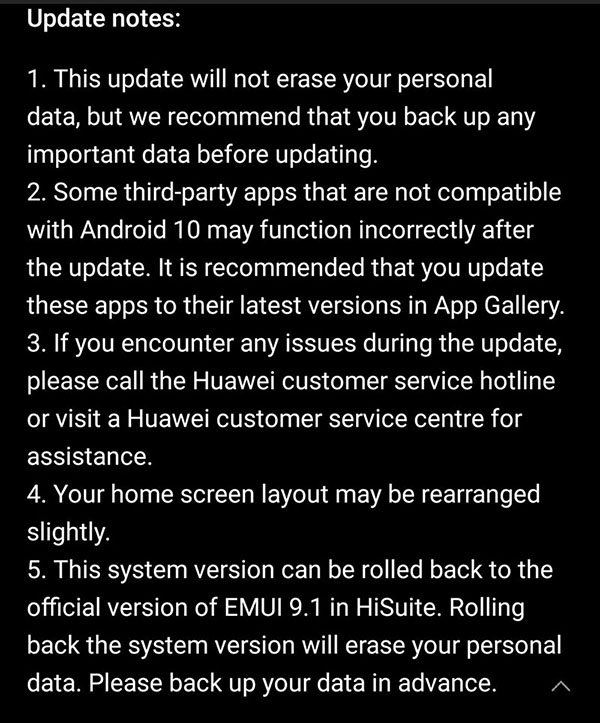 Other Huawei devices that are supposed to start receiving EMUI 10/Android 10 updates include the Mate 20 series and Nova 5T. If you own those devices and are getting the OTA notice, do let us know how the update went for you.