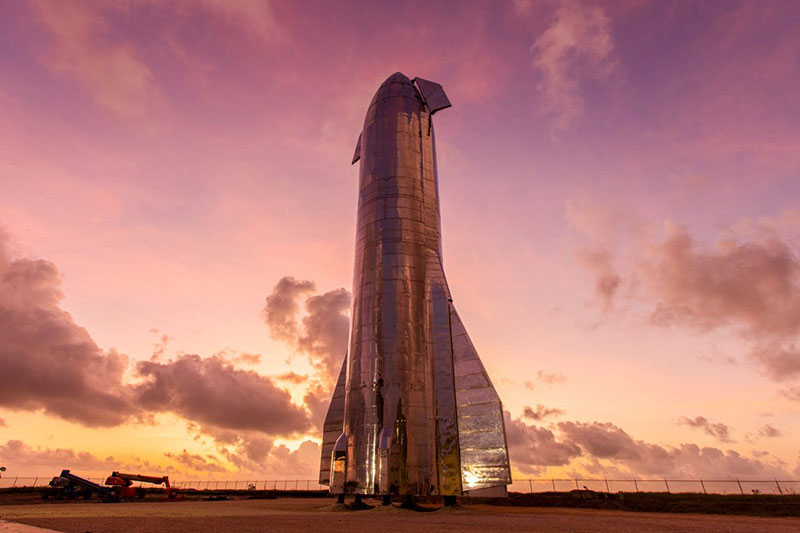 SpaceX CEO Elon Musk has made it his life goal to get to the Red Planet. He's convinced it's crucial to the survival of the human race, and he's even building a giant ship called Starship that will be able to take people there. Musk has since detailed the timeline and vehicle requirements to get to Mars and build a sustainable city, and in typical Musk fashion, they sound very, very optimistic and ambitious.

In fact, Musk is so notorious for missing deadlines that one shareholder has even labelled his concept of time as "Elon Time". Last year, Musk acknowledged as much, saying, "I think I do have, like, an issue with time. I'm a naturally optimistic person. I wouldn't have done cars or rockets if I wasn't. I'm trying to recalibrate as much as possible."

Either way, he's now saying that SpaceX will need to build roughly 1,000 Starships to ferry the necessary cargo, infrastructure, and crew to Mars.

This would take around 20 years, by Musk's estimate, mostly because planetary alignment only realistically allows for a Mars flight once every two years. Each Starship flight is also said to have a launch cost of around US$2 million.

So it will take about 20 years to transfer a million tons to Mars Base Alpha, which is hopefully enough to make it sustainable

Beyond taking people and cargo to Mars, Starship can be used for Earth orbital transportation too. And because Starship is intended to be reused, it can supposedly fly up to three times a day. Musk envisions a future where orbital space is a lot busier – it'd be a crucial stop for things like cargo transfer and refueling for spacecraft bound for the Moon or Mars.

If SpaceX ends up building as many Starships as it has Falcons, which is around 100, the company could have the capacity to deliver roughly 10 million tons of payload to orbit a year, based on a figure of 100 tons per vehicle.

A permanent and self-sustaining city on Mars sounds like the stuff of science fiction. There are a lot of problems we still need to solve before getting there, including how to protect the crew from deep-space radiation and cosmic rays. We'd also have to put astronauts back on the Moon before then, which NASA has set for 2024.

Just yesterday, Musk revealed further details on SpaceX's progress on its latest Starship build and flight timelines. The newest prototype, dubbed Starship SN1, is currently under construction at Boca Chica, Texas, and Musk shared video of the SpaceX team working on the curved dome that will sit on top of it.

Was up all night with SpaceX team working on Starship tank dome production (most difficult part of primary structure). Dawn arrives … pic.twitter.com/SzyDSYUYOu

Each SN version of the rocket will also have minor improvements for at least the first 20 or so versions, says Musk, so he clearly expects to ramp up production and testing.

Musk hopes that SN1 will take off roughly 2 to 3 months from now, which is still within the original timeline he set earlier this year for a high-altitude flight by the Starship Mk1 prototype. Mk1 eventually blew its top in November though, and Musk said then that SpaceX would move on to testing a new design rather than repair Mk1.

SpaceX will also move development of Starship to Boca Chica. Previously, SpaceX had two teams working on different Starship prototypes at both its Boca Chica and Cape Canaveral facilities, but it looks like it may be looking to focus and consolidate its efforts.

Previous Story
These are the best-selling games on Steam in 2019
Next Story
Marvel Studios are already working on Deadpool 3, according to Ryan Reynolds