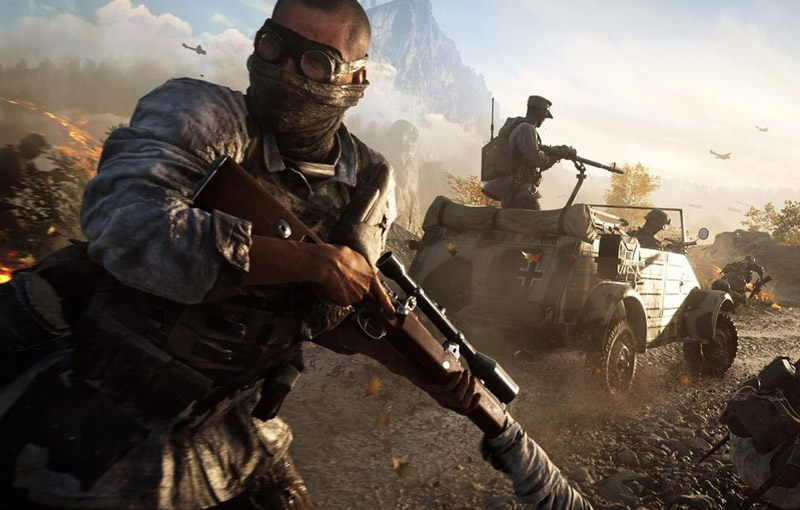 Electronic Arts have announced that not only is Battlefield 6 coming this year, but the company is also working on a spin-off for mobile devices launching in 2022. This new mobile game isn’t just a port of Battlefield 6, either. It’s a brand-new standalone game built from scratch for smartphones and tablets.

The new Battlefield game for, “next-gen consoles and PCs,” will launch in Holiday 2021. Developer EA DICE have their, “biggest team ever on a Battlefield game,” working on it, collaborating with Criterion, DICE Los Angeles and EA Gothenburg. Electronic Arts teased that the game takes everything fans love about Battlefield, to “the next level. Epic scale. All-out military warfare. Crazy, unexpected moments. Game-changing destruction. Massive battles, packed with more players and mayhem than ever before.”

A reveal for the game is coming soon, so we’ll have to wait and see if it’s another historical shooter like Battlefield 5, or a return to Battlefield 4’s more modern setting. Reputable leaker Jeff Grubb previously stated that the game would be unveiled at some point in May, which makes sense. Electronic Arts could then hold their annual EA Play show around E3 in June to show off more of the game.

As for the mobile game, Electronic Arts have handed development duties over to Industrial Toys (Midnight Star). The game is, “designed specifically for the mobile platform,” as a, “fully-fledged, skill-based experience.” The studio is currently testing the game for a planned launch next year, and promises more details to come. Seeing as first-person shooters have continued to dominate the mobile game market, it makes sense that Electronic Arts are finally trying to get in on it with one of their biggest franchises.

In summary: Battlefield fans have a lot to look forward to. A massive sequel is coming this holiday season, and a mobile game will launch in 2022. The Call of Duty-Battlefield tug of war begins anew.

Join HWZ's Telegram channel here and catch all the latest tech news!
Our articles may contain affiliate links. If you buy through these links, we may earn a small commission.
Previous Story
Marvel's first trailer for Shang-Chi teases big fights and the new Mandarin
Next Story
The Conjuring 3's first trailer has the Warrens tackle a high-profile possession