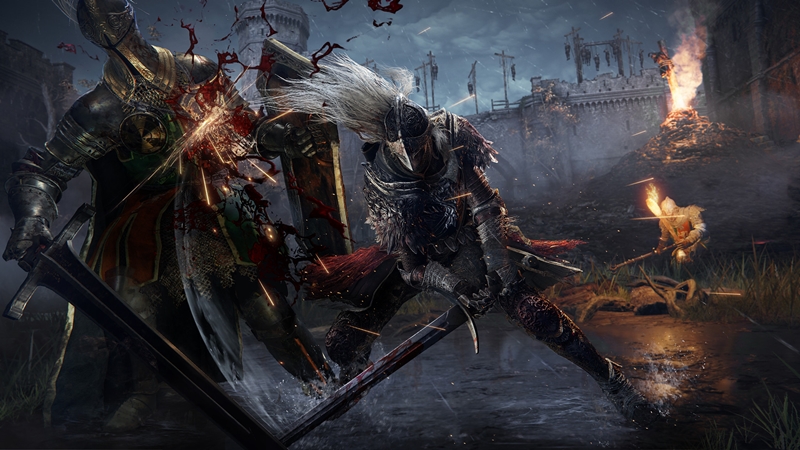 Well, at the very least, Elden Ring is no longer the meme that it used to be, and the gamers who've believed in its legitimacy can finally enjoy that sweet, sweet "I told you so!" moment.

Indeed, the game is probably the furthest thing from an Internet joke these days - it looks absolutely fantastic, and according to game producer Yasuhiro Kitao, who spoke to Famitsu at the Tokyo Game Show, development appears to be toddling along fine as well. As a matter of fact, the game is already nearing completion, and as such the team should be able to meet the 21 Jan release date that was previously announced for it.

On top of that, Kitao-san also provided several interesting tidbits about the gameplay, especially with regard to the map structure. Apart from doing away with "errand quests" that many RPG players tend to have love-hate relationships with, Elden Ring will also adopt what Kitao-san referred to as a "very unusual map structure". Notably, he explained that while the system will still grant players the explorative freedom that is expected of modern open-world titles, it will also let players know if they're "in trouble", which is probably less ambiguous than you might think. After all, judging from the list of tricks that From Software has in its controller-smashing repertoire, we're assuming it will notify a player if they're about to go up against an enemy that's fundamentally impossible for them to defeat.

Well, I guess that's really nice of th - hang on. A From Software game that actually cares about the player? Now that's some quality humour right there, though players will certainly appreciate the help!

Join HWZ's Telegram channel here and catch all the latest tech news!
Our articles may contain affiliate links. If you buy through these links, we may earn a small commission.
Previous Story
Amazon Games' New World has surged past 900k concurrent players on Steam
Next Story
Konami is reportedly making new Metal Gear, Castlevania and Silent Hill games