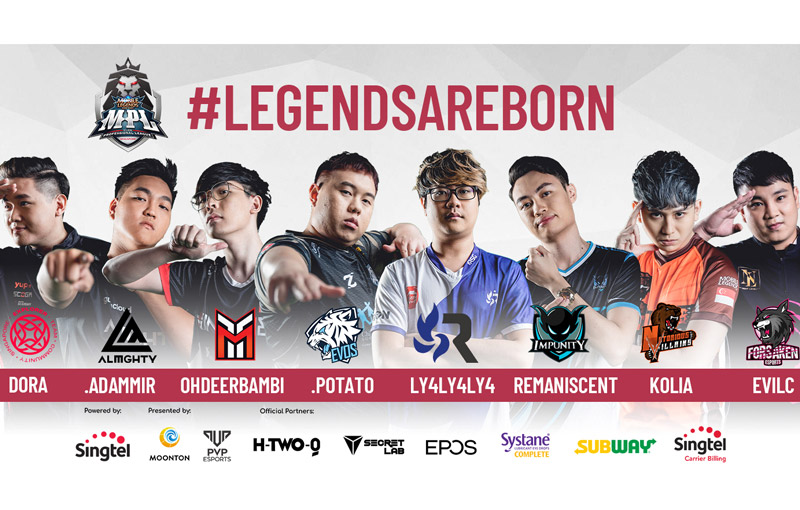 Eight local esports teams will soon compete at the inaugural Mobile Legends: Bang Bang Professional League in Singapore (MPL Singapore), via a regular season format. Season One will take place from 3 April to 24 April, and has multiple teams vying for rewards from a total prize pool of up to S$100,000. The winning team will walk away with over S$30,000!

This is the first time that a standalone Mobile Legends pro league tournament will be held in Singapore, as Singaporean teams previously competed in a combined MPL alongside Malaysian teams. That means that not only will the winning team win over S$30,000, but they’ll have won the first Mobile Legends pro league tournament to ever be held in Singapore. That’s got to count for something, right?

After a series of qualifiers involving over 120 teams, the following teams have risen from the competition to fight for the Regular Season:

The final playoffs will take place from 7-9 May, where two teams will face off in a best-of-five format. Whoever wins that match will be crowned the first-ever MPL Singapore champion. Of course, individual player awards will also be given out as well, such as the Regular Season MVP, Playoff MVP and Tournament Rookie - so there’s plenty of reason for these players to give the competition their all.

The winners of MPL Singapore will then advance to the regional and global Mobile Legends: Bang Bang leagues and receive the chance to compete with the very best Mobile Legends players around the world for glory’s sake. The first match will go live on 3 April at 1pm at the MPL Singapore Facebook page, PVP Esports streaming platforms and Singtel TV Sports Channel 113. If you’d like to cheer on your favourite teams, be sure to tune in.

Join HWZ's Telegram channel here and catch all the latest tech news!
Our articles may contain affiliate links. If you buy through these links, we may earn a small commission.
Previous Story
Star Wars: The Bad Batch gets launch trailer and release date on Disney+
Next Story
Samsung’s new S6 and S8 monitors target business and creative users