EFF asks HP to “make amends for its self-destructing printers”

EFF asks HP to “make amends for its self-destructing printers” 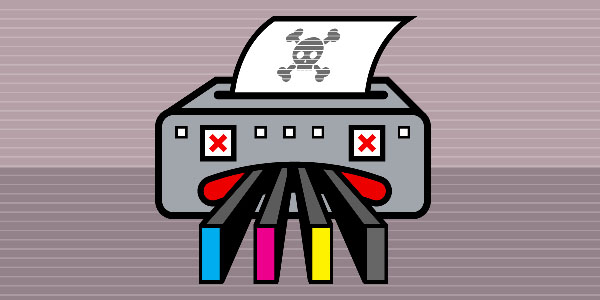 In a letter sent to HP’s CEO, the Electronic Frontier Foundation (EFF) has called on the company to restore the ability of its printers to use third-party ink cartridges.

This stems from the fact that many HP printer users have recently been notified by their Officejet Pro printers (and maybe other models, too) that their ink cartridges are damaged and have to be replaced. First reported by Myce, this is believed to be activated automatically after a pre-set September 12 date and when the printers detect that third-party inks are being used.

According to Ars Technica, this is made possible by a security firmware update that HP says is designed to “protect HP’s innovations and intellectual property”. When queried by Ars Technica today, HP also says that the affected printers will continue to work with refilled or remanufactured cartridges with an Original HP security chip. In addition, the company says this functionality is in many cases installed in HP printers, but in some cases, it has been implemented as part of an update to the printer’s firmware. (Here's HP's statement on the update.)

The software update that prevented the use of third-party ink was reportedly distributed in March, but this anti-feature itself wasn’t activated until September. That means that HP knew, for at least six months, that some of its customers were buying your products because they believed they were compatible with any manufacturer’s ink, while you had already planted a countdown timer in their property that would take this feature away. Your customers will have replaced their existing printers, or made purchasing recommendations to friends who trusted them on this basis. They are now left with a less useful printer - and possibly a stockpile of useless third-party ink cartridges.

EFF has called on HP to apologize to its customers, restore the original functionality of their printers with a firmware update that rolls back the self-destruct sequence, and promise that it’ll never again use the software update process to distribute anti-features, among others.

Previous Story
HERE will allow Mercedes, BMW and Audi cars to share real-time driving data
Next Story
LG said to postpone the launch of its mobile payment system to 2017