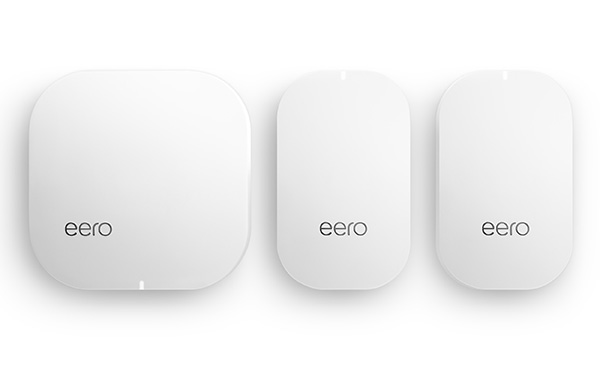 Each of its Wi-Fi mesh networking system consists of an eero router, which acts as a gateway; and Beacons, which act as access points that users can add to expand their Wi-Fi coverage.

The new eero router is now tri-band capable and broadcasts a single 2.4GHz network and two 5GHz network. Eero does not disclose the speeds that its devices support, it does say that it is twice as fast as its predecessor.

Given its tri-band configuration and support for two spatial streams, the router is most likely an AC2200-class router.

The eero Beacons, on the other hand, are still only dual-band capable, which means they will offer similar performance to an AC1200-class router.

Both the eero router and eero Beacon will support MU-MIMO technology.

No word yet on local availability but a single eero router will set you back US$199 while the Beacon is US$149. Start-ups packs are available from US$299, which includes one eero router and one eero Beacon.

Join HWZ's Telegram channel here and catch all the latest tech news!
Our articles may contain affiliate links. If you buy through these links, we may earn a small commission.
Previous Story
Microsoft updates Outlook 2016 for Mac with top requested features
Next Story
Sorry, but the OnePlus 5 does not offer true 2x optical zoom