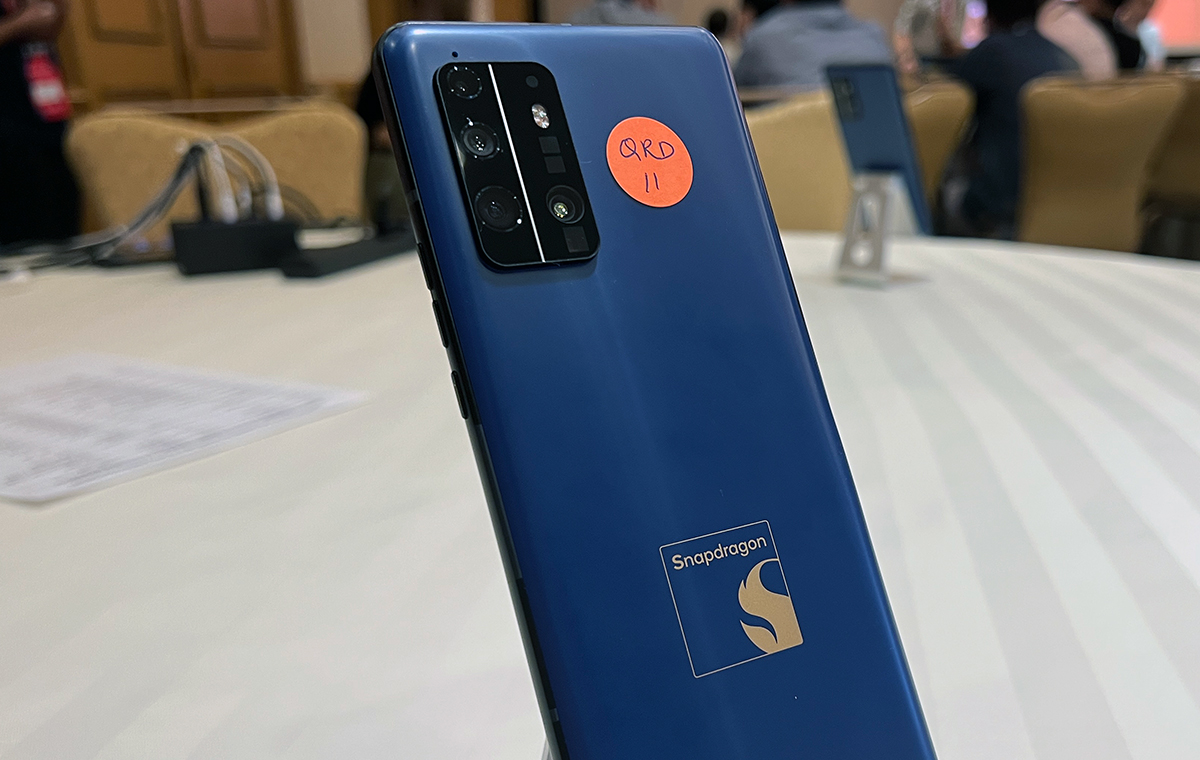 That allowed us to quickly run some common benchmarks to see if the 2023 premium Android phone processor can live up to its reported performance gains – at least, synthetically speaking.

When compared to the preceding Snapdragon 8 Gen 1, Qualcomm said its new Gen 2 chip is supposed to have 25% faster GPU performance and 40% more CPU efficiency than before.

AI workloads are supposed to be 4.35x faster too, but that’s difficult to check since there’s no consistent way to benchmark AI workloads on consumer mobile devices (there are options, but just not as consistent as testing GPU and CPU). 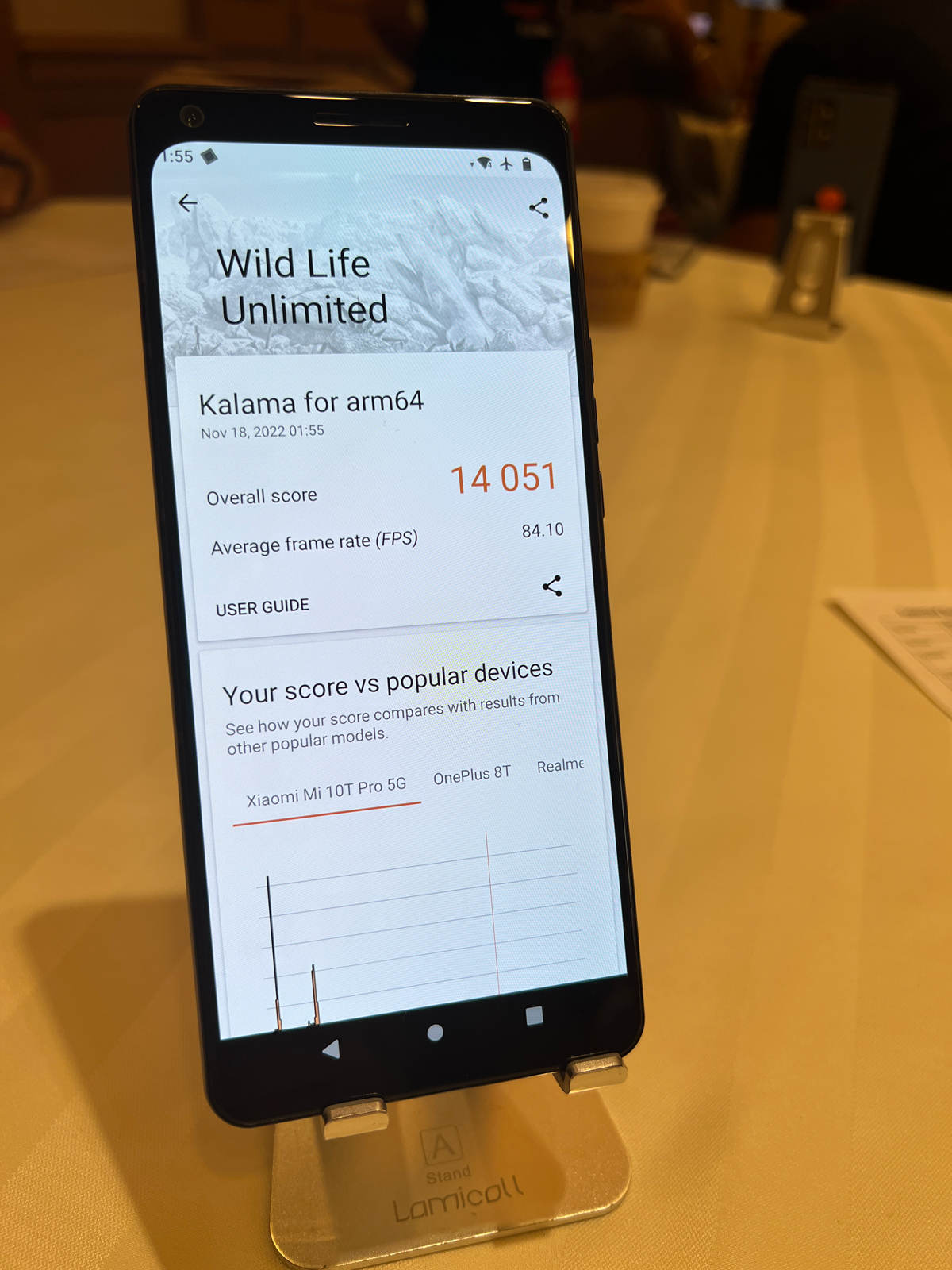 In our preliminary runs the Qualcomm Snapdragon 8 Gen 2 pulled in scores of 14,000+ easily on the GPU-focused 3DMark Wild Life (Unlimited) benchmark. That score is ~27% higher than SD8+G1 phones we’ve tested, and nearly ~30% higher than its direct predecessor, the Gen 1. 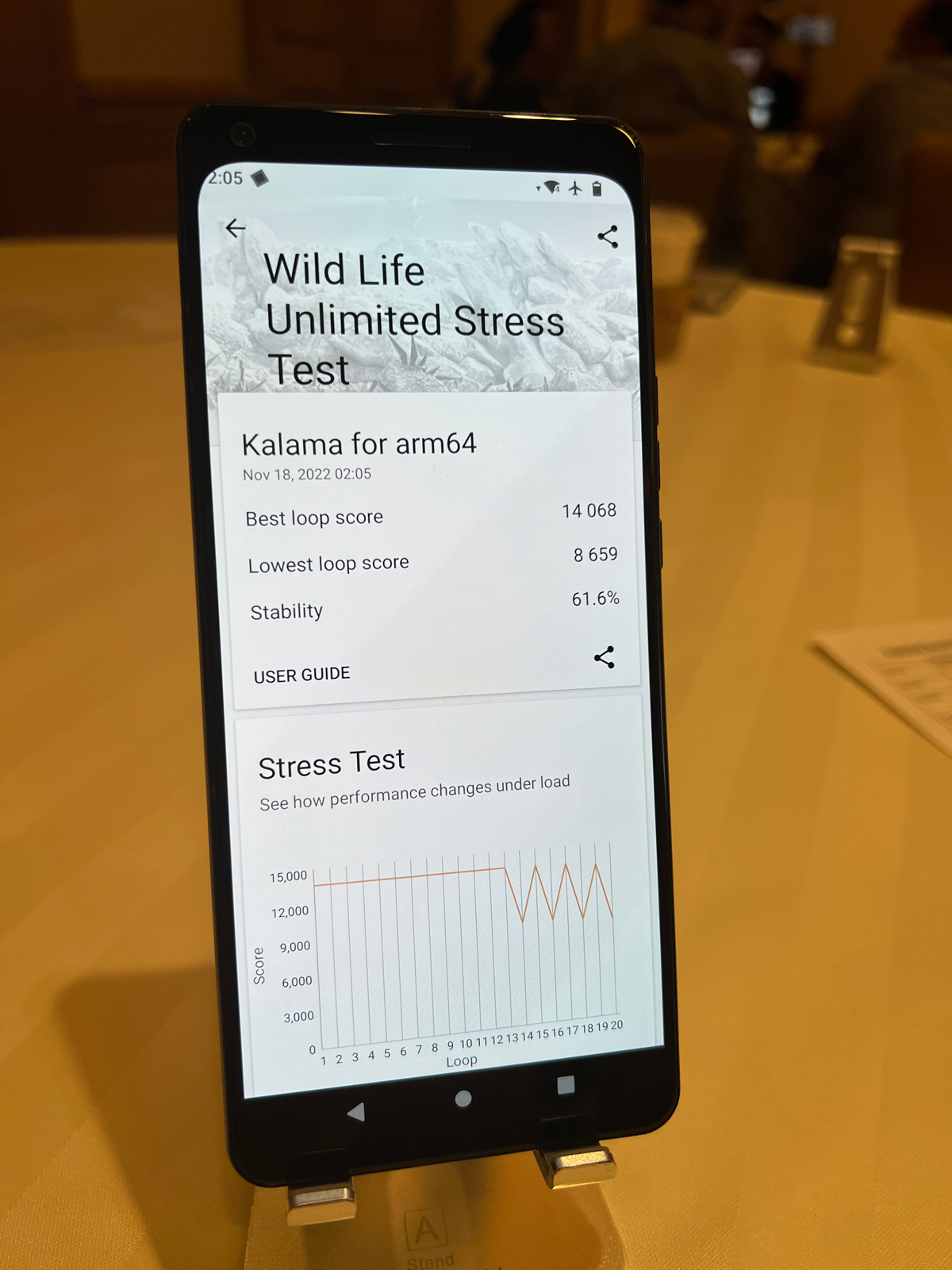 The Stress Test version of the same benchmark also saw consistent, sustained GPU performance in the first 13 loops of the benchmark (out of 20 total). That’s much longer-lasting than before, as powerful phone processors tend to see dips in graphics-intense apps much earlier on. Also, the phone kept its temperatures around a lukewarm 37°c to 42°c, which indicates good heat management (even though Qualcomm did not share its heat dissipation techniques used in these devices). 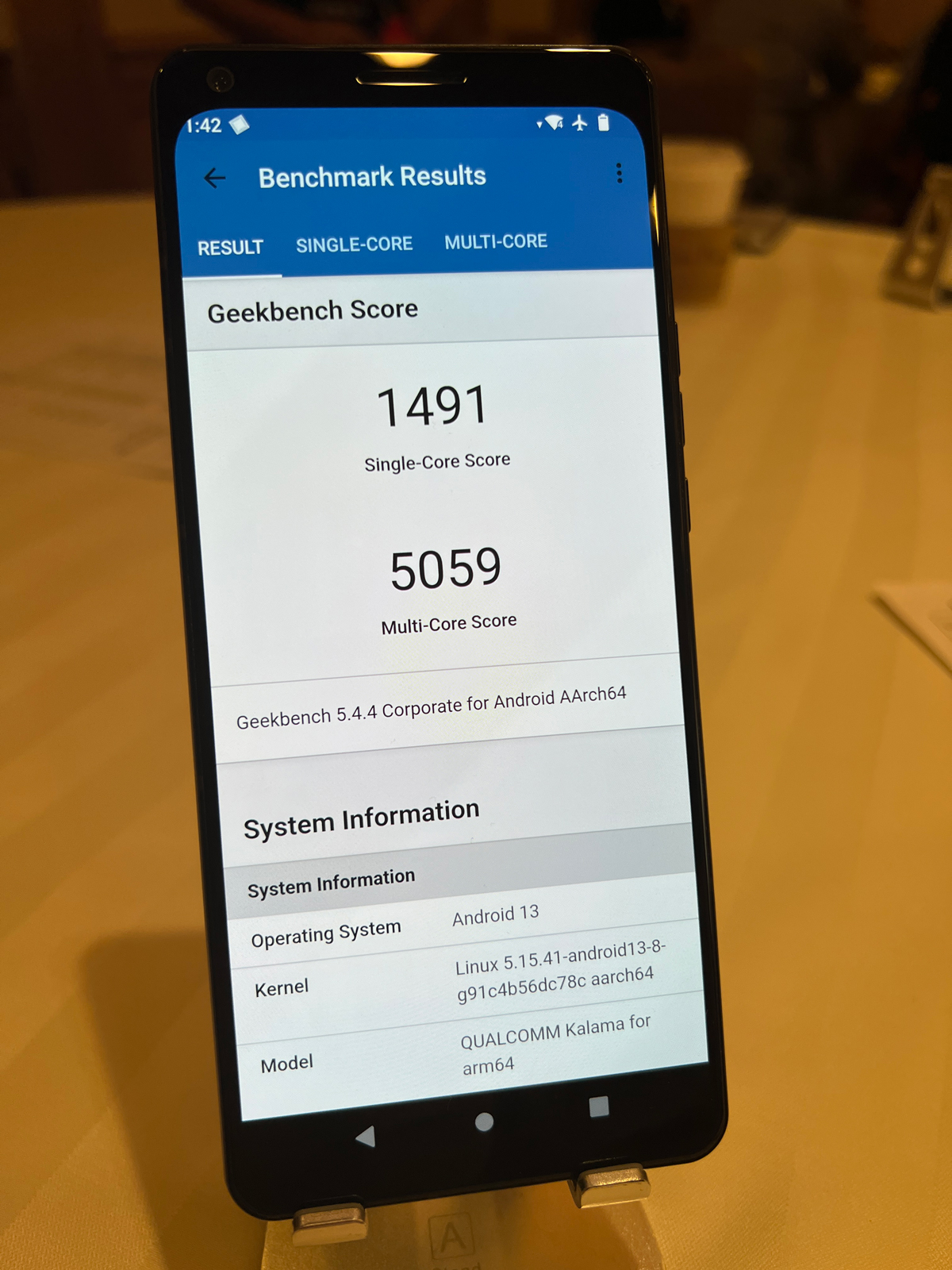 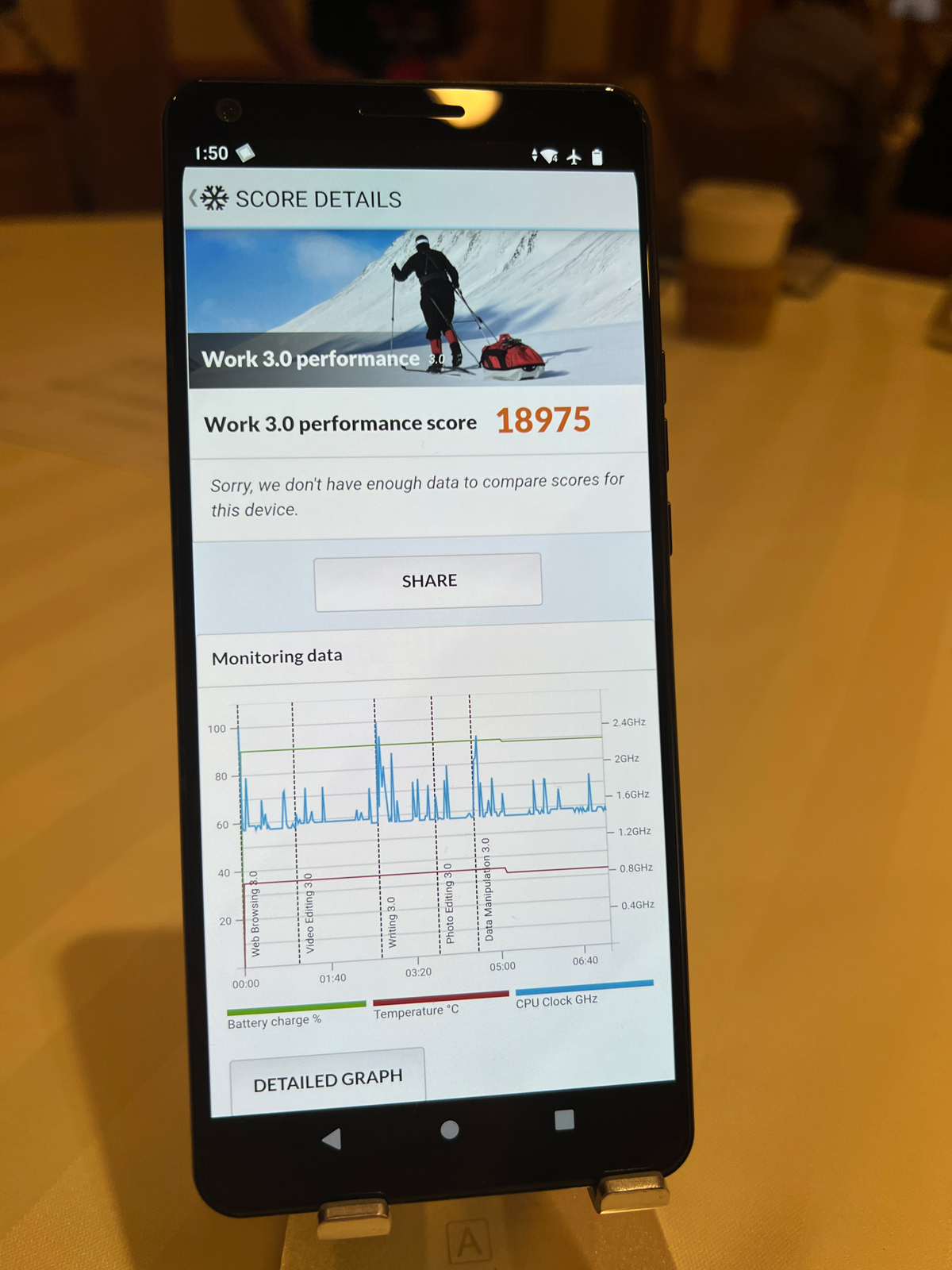 To simulate daily use (like browsing, photos, surfing, etc.), we’ve also had a chance with PCMark for Android’s Work 3.0 test. It gave us nearly 19,000, which is significantly higher than the 11,000 to 13,000 we’ve seen on its predecessor chipset. 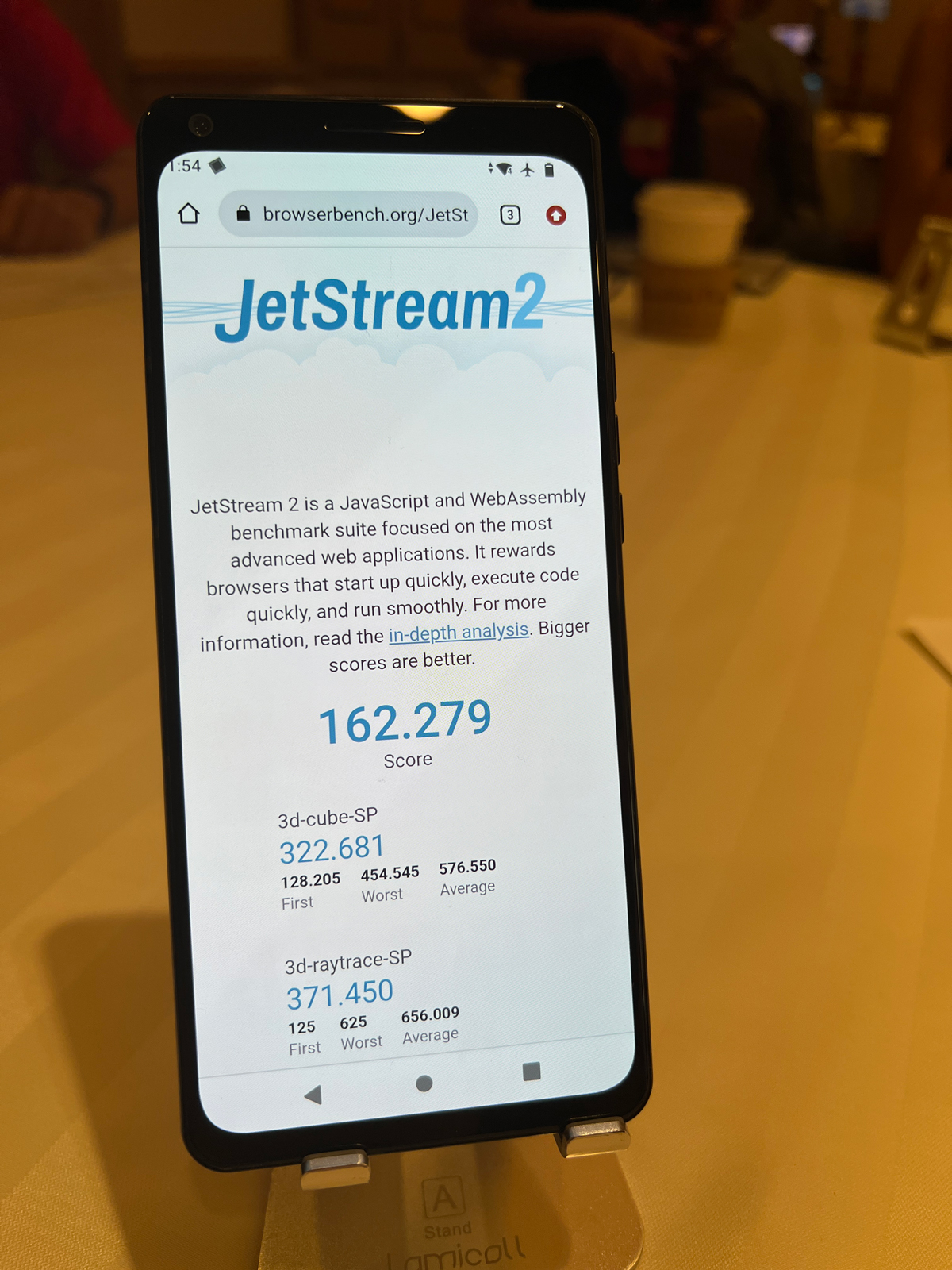 Note that these scores we’ve acquired are sampled from reference design prototype handsets procured by the Qualcomm team, and that synthetic scores do not represent real-world use or eventual OEM performance.  We can’t wait to see how the Snapdragon 8 Gen 2 would fare in upcoming premium flagship mobiles.

Join HWZ's Telegram channel here and catch all the latest tech news!
Our articles may contain affiliate links. If you buy through these links, we may earn a small commission.
Previous Story
Seagate’s new Star Wars-inspired external HDDs bring the OG bad boys to your backups
Next Story
Want savings this Black Friday Cyber Monday? Well, we have them just for you!