EA's Star Wars: Squadron is the long overdue space-sim we have been waiting for

Starfighter pilots battle it out in the first trailer for Star Wars: Squadrons 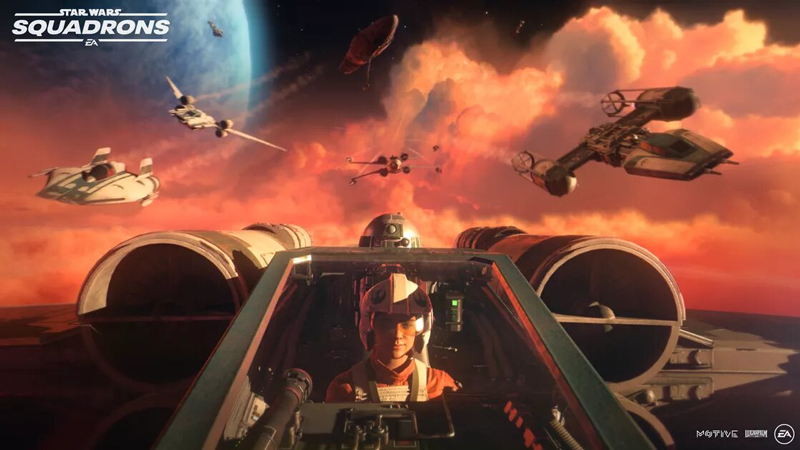 Crush the Rebellion, or crush the Empire? Choices, choices.

After suffering a rather large amount of leaks, Star Wars: Squadrons has finally been revealed. Published by Electronic Arts and developed by Motive Studios, the game will focus on piloting starships from the perspectives of two warring factions: The Empire, and its Rebels.

Star Wars: Squadrons takes place right after Star Wars: Return of the Jedi. The Empire has all but lost, and it's up to the Rebels to mop up their stain on the galaxy - while The Empire struggles to regain their foothold over it. Players will participate in 5v5 multiplayer dogfights, but the game also also features a story campaign.

You’ll play as pilots from both the New Republic’s Vanguard Squadron and the Galactic Empire’s Titan Squadron. Both pilots are customisable, and keen-eyed Star Wars fans will see familiar faces pop up throughout the story as well. Two of those might already be in the trailer! Do my eyes deceive me, or did I just spot Wedge Antilles and Star Wars: Rebels’ Hera Syndulla?

Star Wars: Squadrons will feature different multiplayer modes, as well. Fleet Battles will have you work with others to destroy flagships from either side, while Dogfights are more of a traditional ‘kill everyone you see’ mode. Confirmed locations include Yavin-Prime and the shattered moon of Galitan - which seems to be a new location in the franchise. 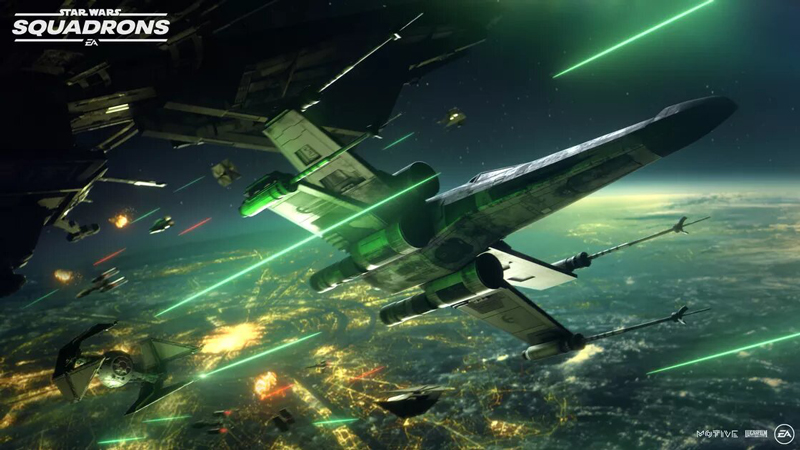 Ships are also customisable, with new weapons, hulls, engines and shields available as you level up. EA confirmed that there are no microtransactions in the game, and cosmetics will only be unlockable in gameplay. Hopefully, that means we’re avoiding any Star Wars Battlefront 2-like controversies.

The game will launch four months from now, on October 2, 2020. You’ll be able to play it on PlayStation 4, Xbox One and PC - with PS4 and PC players also able to play the game in VR. The game also supports cross-play, so friends from different platforms will have no problem getting their squadron together.

The game is currently priced at US$39.99 (around S$50), suggesting that it’s smaller in scope to EA’s last few Star Wars games - which lines up with our previous report. Proper gameplay of Star Wars: Squadrons will be shown off during EA Play Live on Friday morning. We’ll be covering the event, so stay tuned!

Join HWZ's Telegram channel here and catch all the latest tech news!
Our articles may contain affiliate links. If you buy through these links, we may earn a small commission.
Previous Story
Niantic is investigating cases of unfair bans on Pokemon Go players
Next Story
Some of Sony’s SD memory cards are causing data corruption, free replacement program now available