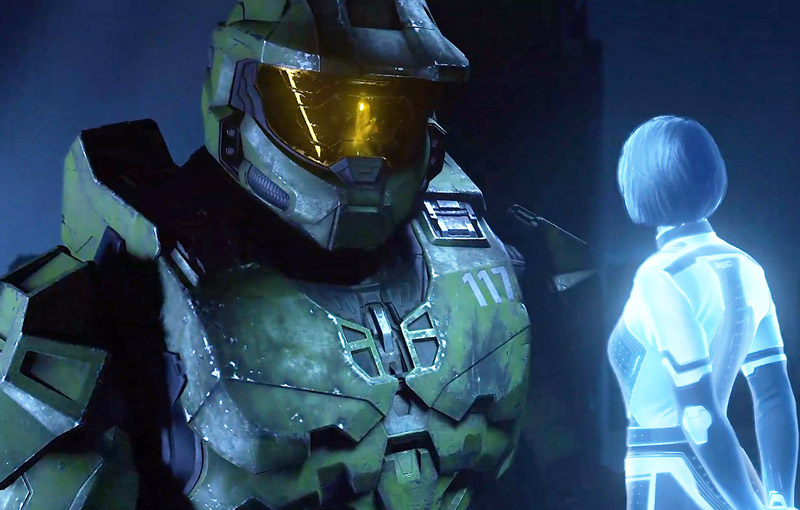 Master Chief has a new companion!

Xbox Game Studios and developer 343 Industries have finally announced a release date for Halo Infinite after a long delay: Holiday 2021. It might not have launched in time for you to play it with your shiny new Xbox Series X|S, but it's coming with an expansive multiplayer mode and a big story campaign.

Watch the story trailer below:

Master Chief won't be alone on his adventure across Rings in Halo Infinite. Cortana has been deleted after the events of past Halo games (it's… complicated), but she's left behind an unnamed copy of herself. This copy was meant to be automatically deleted after offing her predecessor, but something went wrong and she's been left behind. Who ordered Cortana's deletion but wanted this AI to stay behind? We'll find out this holiday.

Watch the multiplayer trailer below:

343 also finally revealed a gameplay trailer for Halo Infinite's multiplayer mode, and it looks like oodles of fun. With classic modes like Capture the Flag returning alongside Warthogs for vehicles, it's giving us massive Halo/Halo 2 vibes. Grappling hooks are new to the series, and they'll allow players to grab things out of reach and either fling them at people or slot them into guns. You can also grapple onto passing aircraft, pull players out of them and take control yourself. Halo Infinite's multiplayer will be a free-to-play standalone title.

All in all, pretty great show! We were hoping for more story teases, but Halo Infinite is probably gunning for more reveals over the next few months. If you have a next-gen Xbox console, congratulations! You don't just have Xbox Game Pass to justify your purchase anymore.

Join HWZ's Telegram channel here and catch all the latest tech news!
Our articles may contain affiliate links. If you buy through these links, we may earn a small commission.
Previous Story
E3 2021: The vampiric open-world multiplayer game Redfall will launch in 2022
Next Story
E3 2021: Battlefield 2042's jaw-dropping new gameplay trailer has big tornadoes