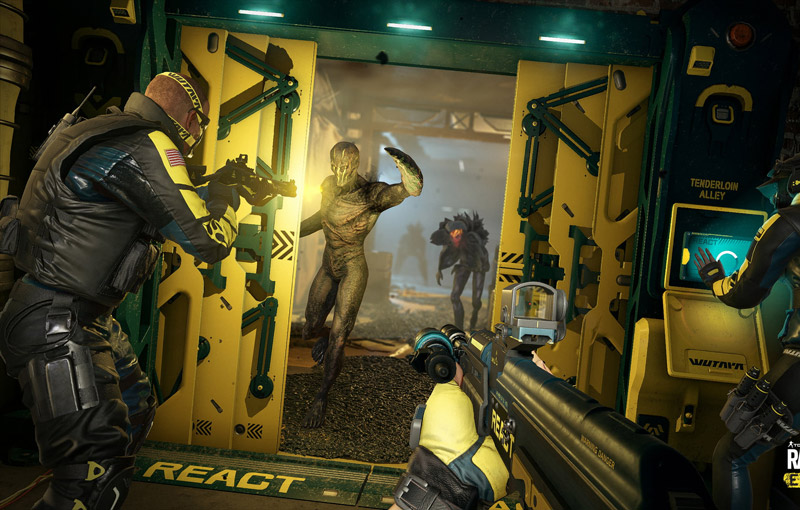 The next Rainbow Six game has finally been revealed.

Ubisoft has popped the lid off Rainbow Six Extraction (previously known as Rainbow Six Quarantine), a game that brings Operators from Rainbow Six Siege together to fight a global alien threat. This PvE co-op multiplayer game will have players work together tactically as they extract fallen Operators and gather intel from tense hostile environments.

Watch the cinematic trailer below:

The cinematic trailer gives us a closer look at the game’s premise. Spinning off from Rainbow Six Siege’s Outbreak mode, a horde of mutated aliens called Archaeans have descended upon Earth globally, infecting people and turning them against each other. Operators from Siege have formed the Rainbow Exogenous Analysis and Containment Team (REACT) to combat this new threat, and you can play as one of them - there are 18 in total.

Each operator feels different in combat, with unique weapons and gadgets to choose from. This portion of Siege’s gameplay has been further polished for Extraction, allowing players to gain access to more and more equipment as they play. Three characters make up a squad, and squads will enter hostile areas in missions known as ‘Incursions’ to gather intel on the Archaeans. The way this works is that you’ll explore alien-infested environments made up of three interconnected sub-maps, and complete objectives like collecting samples and extracting data from computers.

Once an objective is complete, you can choose to leave safely or explore the next sub-map for more objectives. The longer you remain in an Incursion, the more difficult things get for you. However, you’ll also receive more rewards by completing more objectives. Keep in mind that if your Operator is defeated by an enemy, they will be labelled as Missing in Action, and you will have to complete an Extraction mission to save them. You can't play as them while they're MIA, so Extractions will be vital.

Extraction looks like a more fast-paced version of Siege with clearly-defined enemies and a focus on cooperation, but it still keeps things tactical by forcing players to carefully think about their next step during each Incursion. You don’t want to mess about with the Archaeans and lose an Operator, do you? The game launches on 16 September, 2021 on PlayStation 4, PlayStation 5, PC, Xbox One and Xbox Series X|S.

Join HWZ's Telegram channel here and catch all the latest tech news!
Our articles may contain affiliate links. If you buy through these links, we may earn a small commission.
Previous Story
E3 2021: Far Cry 6 lets you become fan favourite villains in its season pass DLC
Next Story
E3 2021: Play as Star-Lord in Square Enix's new Guardians of the Galaxy game