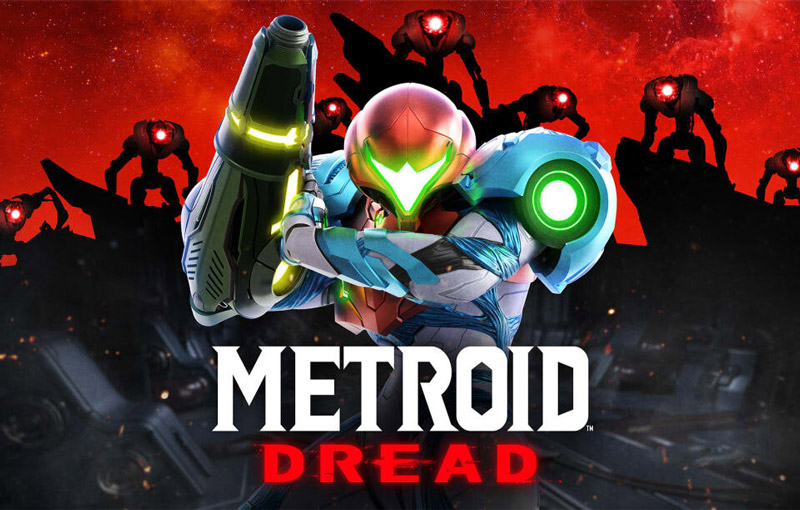 Nintendo’s E3 2021 Direct revealed Metroid Dread, the first new 2D Metroid game in 19 years (besides Metroid 2’s 2017 remake Metroid: Samus Returns). The game launches on the Nintendo Switch on 8 October, 2021 and fans of the franchise should consider it unmissable, seeing as it finally brings Samus’ story to a close after all these years.

Samus’ story continues after the events of the Metroid Fusion game when she descends upon planet ZDR to investigate a mysterious transmission sent to the Galactic Federation. The remote planet has become overrun by vicious alien lifeforms and chilling mechanical menaces. Samus is more agile and capable than ever, but can she overcome the inhuman threat stalking the depths of ZDR?

The developer of Metroid: Samus Returns, MercurySteam is making this game alongside producer Yoshio Sakamoto, who has directed several games in the franchise. As far as continuity goes, this is the first game to actually move Samus’ story forward in 19 years. According to Sakamoto, Metroid Dread will mark an end to the story of these Metroids and the heroine Samus, which has been the focus of the entire series.

The story takes place after the events of Metroid Fusion, following Samus Aran as she faces a relentless new threat. That would be the EMMI robots, a new enemy type that Samus is unable to defeat with her own weaponry, and will have to evade and escape to survive. These robots are owned by the Galactic Federation, an organisation Samus also isn’t on good terms with after defying them in Metroid Fusion. We don’t know why the EMMI are going after Samus just yet, though.

Samus has new abilities to get around the dangerous EMMI with, including the Phantom Cloak, which renders her invisible for a short time. As she explores the planet ZDR, she can also find central units that power up her arm cannon to destroy exactly one EMMI per use. She can also melee attack enemies freely, slide under ledges and use something called a Spider Magnet to crawl up walls and ceilings. Expect to get more traversal abilities as the story unfolds, since the core Metroid formula involves you backtracking to older areas as you constantly unlock new ways to explore them.

Check out more gameplay shown during Nintendo Treehouse: Live below:

If you’re a fan of the classic Metroid games, you might want to see how the story of the Metroids and Samus wraps up in Metroid Dread. Metroid Prime 4 is still in the works, but that game seems much further away from release.

Join HWZ's Telegram channel here and catch all the latest tech news!
Our articles may contain affiliate links. If you buy through these links, we may earn a small commission.
Previous Story
E3 2021: Tekken's Kazuya Mishima is Smash Bros. Ultimate's newest fighter
Next Story
E3 2021: New Breath of the Wild 2 trailer gives Link new powers and a robot arm