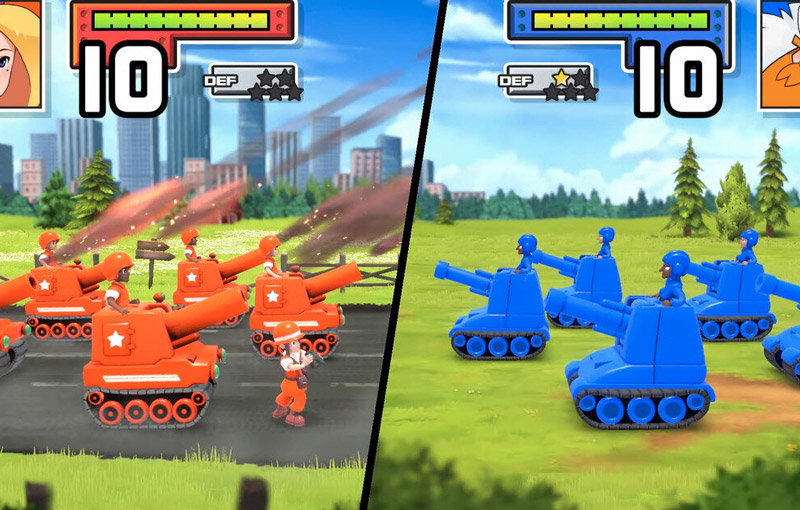 Nintendo’s E3 2021 Direct saw a very surprising announcement: the first two Advance Wars games are getting a remaster for the Nintendo Switch! Titled Advance Wars 1+2: Re-Boot Camp, the games will come bundled in a HD collection, “reimagined and rebuilt,” for modern players. Advance Wars first came out 20 years ago, so it was due an update.

Advance Wars and Advance Wars 2: Black Hole Rising are classic turn-based military tactics games that let you control armies to capture enemy territories. Armies are composed of different unit types like tanks, naval ships and rockets. You’ll need to build a robust team to exploit holes in the enemy’s defense and score a victory in battle.

The story campaigns have been remastered for Advance Wars 1+2: Re-Boot Camp, but this title also features a Versus Mode that lets you play with up to four players on dozens of maps. The game launches on 3 December, 2021 for US$59.99 (around S$79).

Join HWZ's Telegram channel here and catch all the latest tech news!
Our articles may contain affiliate links. If you buy through these links, we may earn a small commission.
Previous Story
E3 2021: Fatal Frame: Maiden of Black Water is getting a well-deserved port later this year
Next Story
E3 2021: Tekken's Kazuya Mishima is Smash Bros. Ultimate's newest fighter