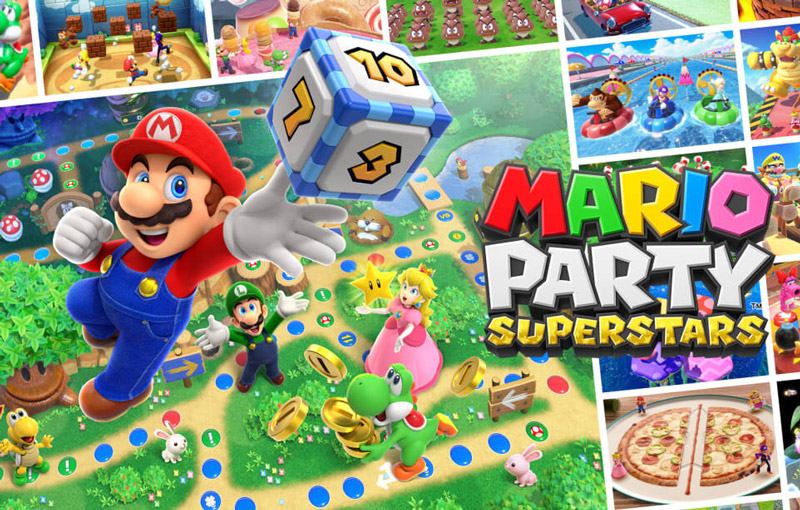 Now this is the Mario Party game we deserve.

While Super Mario Party did not achieve the level of acclaim Nintendo might have wanted, the company has something up its sleeves no one can possibly turn down: Mario Party Superstars. This game doubles as both a new Mario Party game and a celebration of the franchise as a whole, bringing back fan favourite boards and minigames for nostalgic players.

While we don’t have a full list of returning boards and minigames, Nintendo did show off beautifully remastered versions of the classic Mario Party boards Peach’s Birthday Cake and Space Land. There’s some new stuff too, though. Retooled gameplay mechanics from Super Mario Party return, and each board comes with new events to keep things interesting as you play.

The game features over a whopping 100 returning minigames from classic Mario Party titles, and all of them have been remastered with modern visuals. Old fans of the franchise will remember classics like Mushroom Mix-Up and Shy Guy Says, but probably don’t remember them looking quite as good as they do here. You won’t need to use motion controls for these games either, as all of them have button controls. The game also launches with online multiplayer, so you can matchmake with other players if you’re not playing local multiplayer.

The Mario Party franchise typically involves a ‘party’ of friends hopping across a board game-like map as Super Mario characters, trying to collect as many coins and stars as they can to win. Many times however, they’ll run into minigames on the board and launch into furious competition against their friends. It’s winner takes all, so throw those friendships out the window. Only stars matter now.

Join HWZ's Telegram channel here and catch all the latest tech news!
Our articles may contain affiliate links. If you buy through these links, we may earn a small commission.
Previous Story
Arlo announces new Pro 4 and Ultra 2 wire-free security cameras (Updated)
Next Story
E3 2021: Fatal Frame: Maiden of Black Water is getting a well-deserved port later this year