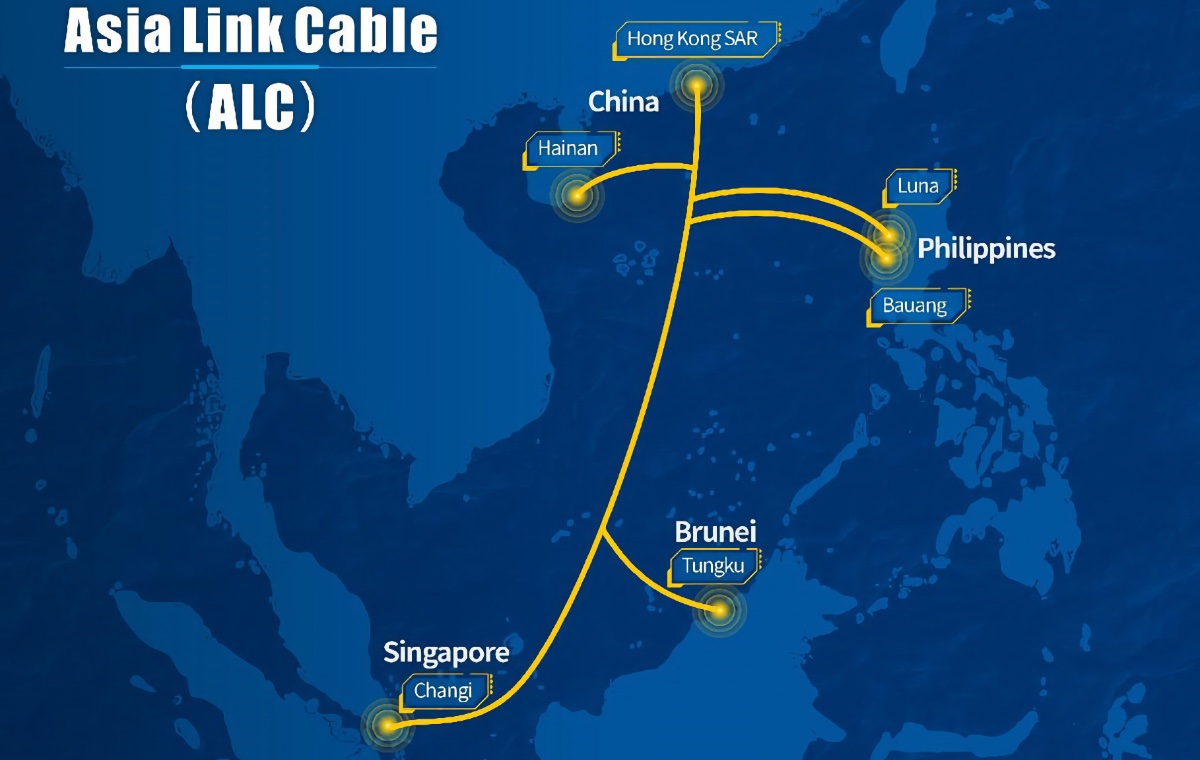 Singtel and five other regional carriers have announced the launch of the Asia Link Cable System (ALC) a 6,000km submarine cable system to connect Hong Kong SAR and Singapore directly, with branches off to the Philippines, Brunei, and Hainan in China.

Targeted to complete construction by the third quarter of 2025, the US$300 million (SG$420.8 million) cable system is being built by a consortium, co-led by Singtel and China Telecom Global Limited (CTG), along with four other regional carriers – China Telecommunications Corporation (CTC), Globe Telecom, Inc. (Globe) and DITO Telecommunity Corporation (DITO) of the Philippines, and Unified National Networks Sdn Bhd (UNN) of Brunei.

Southeast Asia is one of the world’s fastest-growing economies, with rising digital demand from consumers and businesses, accelerated by the pandemic. Consumers and businesses are increasingly relying on services and solutions that require higher-bandwidth and lower-latency connectivity for their work, studies or entertainment. The ALC will bring greater connectivity capacities to transform industries, unlock more opportunities for innovation, further enhancing the digital experiences of Southeast Asian consumers and supporting the growth ambitions of the region.

According to a report from Temasek, Google and Bain released in November 2021, the region’s digital economy is forecast to expand to US$363 billion by 2025, fuelled by growth in e-commerce and increasingly digital populations, which will, in turn, increase demand for high-bandwidth, low-latency, and high-redundancy Internet connectivity.

This is where the ALC will come in with eight fibre pairs in the system that can transmit up to 18 terabits per second (Tbps) per fibre pair, or the equivalent of downloading more than 2,500 hours of ultra-high-definition video per second. With plans for it to have eight fibre pairs, that gives it a speed of 144 Tbps.

With the cable able to support speeds in excess of 100 Tbps, Singtel said that higher speeds could be reached as needed, by adding more fibre pairs. SEA-ME-WE 6 launched between Singapore and Europe and due for completion in 2025 has speeds of up to 100 terabytes per second

Join HWZ's Telegram channel here and catch all the latest tech news!
Our articles may contain affiliate links. If you buy through these links, we may earn a small commission.
Previous Story
MediaTek’s new Dimensity 9200 flagship-tier processor to come by end-2022
Next Story
Samsung’s The Freestyle Smart Projector takes entertainment beyond the box