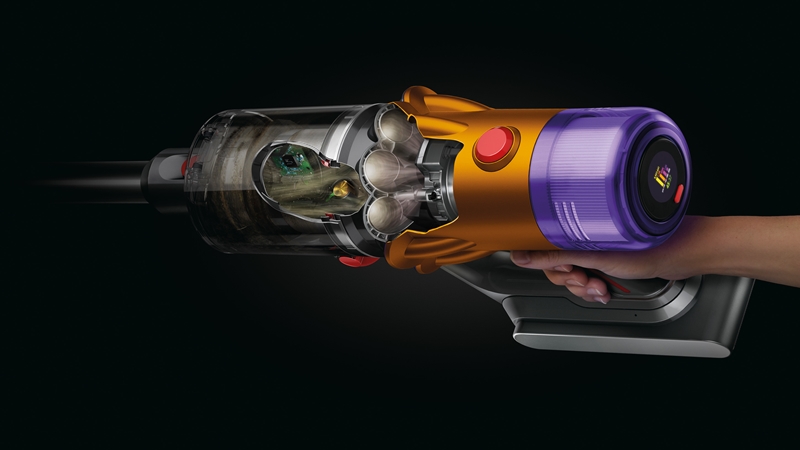 When it comes to vacuum cleaning, what really grinds a homeowner's gears aren't necessarily the mountains of dust that they see around the house. Rather, it's the dust that they don't see that often proves to be the most frustrating. However, since we can't simply sharpen our eyesight on a whim to match that of a hawk's, we'll have to find another way. Or, we could just go the easy route and get one from Dyson.

After all, the company's new V12 Detect Slim cordless vacuum comes with in-built Laser Dust Detection that can detect particles as small as 10 microns, not to mention two other highlight features, namely Acoustic Dust Sensing and an Anti-tangle Hair Screw that addresses other common home cleaning issues.

Let's take a look at the first feature. The V12 Detect Slim comes equipped with a green laser diode that's implemented into its Fluffy cleaner head, helping to reveal dust particles that are invisible to the naked eye. The company has also angled it such that you won't have to constantly tilt the vacuum up and down to see these particles, allowing for cleans that are both convenient and precise.

As for Acoustic Dust Sensing, its primary function is to provide owners with additional reassurance that they've cleaned an area thoroughly. This feature is actually comprised of two parts - an acoustic piezo sensor as well as an LCD display located at the top of the vacuum. Basically, as you clean up, the LCD display provides real-time tracking of the size and count of the dust particles, while the piezo sensor automatically adjusts the suction power based on the floor type and the amount of dust in an area.

Last but not least, the V12 Detect Slim comes with a conical Anti-tangle Hair Screw that clears up strands and bunches of hair quickly and effectively. A common problem among conventional vacuums is that sucking up thick bunches of hair can end up clogging the pipe and wasting unnecessary time. However, what this motor-driven brush tool does is spread out the clumps of hair into smaller bunches and spiraling them into the bin, allowing for thorough cleans without risk of clogging, even in small spaces. 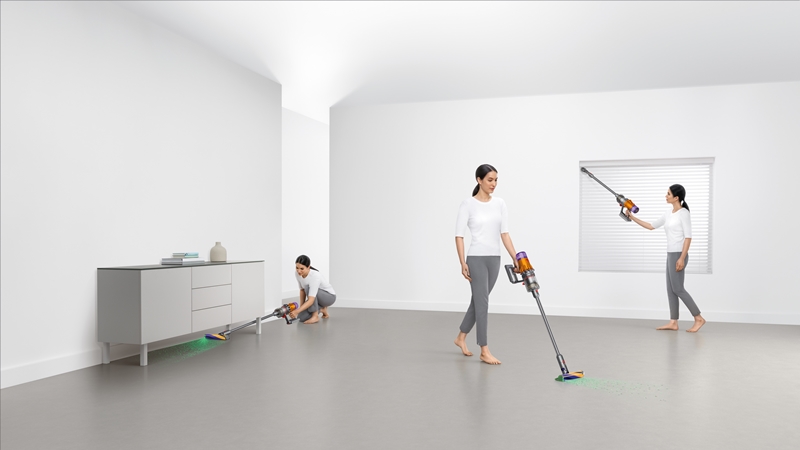 The V12 Detect Slim also uses the latest Dyson Hyperdymium motor, which, according to Dyson, generates up to 150 air watts of powerful suction. It also comes with a 5-stage filtration that captures 99.99% of dust particles down to 0.3 microns for a powerful deep clean.

As for pricing and availability, the Dyson V12 Detect Slim cordless vacuum retails at S$899 (also known as the Fluffy edition) and will be available for purchase starting today, 24 Aug from the official Dyson website as well as the Dyson Demo stores at Capitol Singapore and Westgate.

A more comprehensive pack called the Totlal Clean edition of the Dyson V12 Detect Slim retails for S$999 that comes with a Stubborn dirt brush and a Direct drive cleaner head to really scrounge up dirt that's embedded in carpets.

Lastly, if you want all of the above plus a floor dock and additional batteries, your would need the Absolute Extra edition that will cost you S$1,249.  This version is not in stock at the point of publishing, buy it will soon be available.

Zoom over to Dyson to explore and learn more about the Dyson V12 Detect Slim.

Join HWZ's Telegram channel here and catch all the latest tech news!
Our articles may contain affiliate links. If you buy through these links, we may earn a small commission.
Previous Story
The Tales of Arise demo is now available to play
Next Story
Split’s James McAvoy once burned his Oblivion game disc on a stove to curb his gaming habit