Dying Light 2 will let you dropkick zombies in December 2021

Dying Light 2 will let you dropkick zombies in December 2021 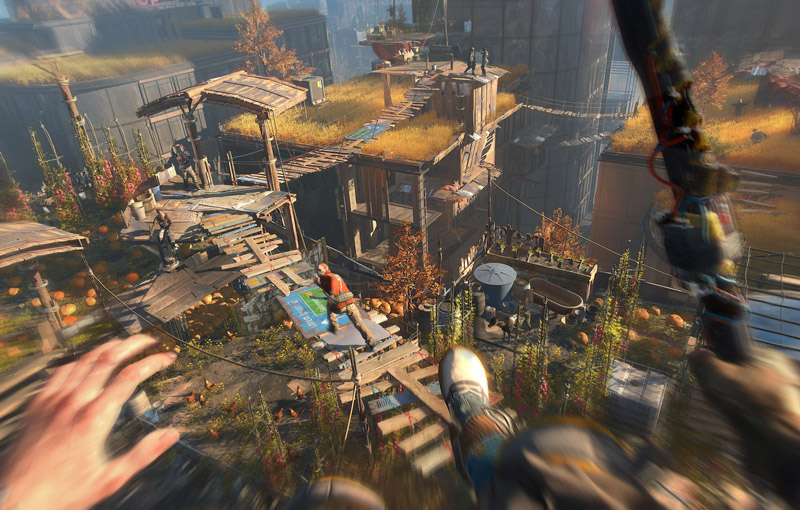 In the post-apocalypse, parkour saves lives.

Developer Techland has announced that its open-world survival-horror game Dying Light 2 Stay Human will launch on 7 December, 2021. The game was previously delayed indefinitely, so this makes for a nice change. Techland made the announcement during Dying 2 Know, a livestream gameplay showcase that showed off more details on the game as well.

In Dying Light 2 Stay Human (yes, it’s actually called that now), the world has fallen to a zombie apocalypse that wiped out most of humanity. The City is one of mankind’s last bastions against the bloodthirsty monsters that hunt them, populated by various human factions and criminal bandits. Just like the first game, Dying Light 2 operates on a day-night cycle. During the day, heading out into the City to carry out missions is relatively safe, and zombies are easily dealt with. During the night however, fast-moving zombies crawl out of the woodwork with other, much stronger zombie types in hordes. During the day, you fight. At night, you run away - or die.

You play as Aiden Caldwell, a new protagonist who joins a group of survivors called the Nightrunners. To traverse the city and evade dangerous zombies, you’ll have to use Aiden’s admirable parkour abilities to vault across rooftops and slide over obstacles. You can also glide across the City if you need to cross great distances, which might prove handy considering how massive these environments are.

Dying Light 2 Stay Human is making these zombies even more dangerous, though. Since they abhor sunlight, these creatures tend to hide in dark nests during the day - but these nests house precious loot and upgrades for Aiden. You’ll have to stealth your way through buildings filled to the brim with zombies if you want this gear. The story also involves a whole lot of decision-making on the player’s end. Depending on your choices, you could ally yourself with different factions or make enemies of them - shaping the City in different ways.

Join HWZ's Telegram channel here and catch all the latest tech news!
Our articles may contain affiliate links. If you buy through these links, we may earn a small commission.
Previous Story
Dell talks up productivity as they introduce their new USB-C Hub Monitor and ANC headset
Next Story
StarHub's new Managed SASE enterprise service provides connectivity and security to workers anywhere, including those at home