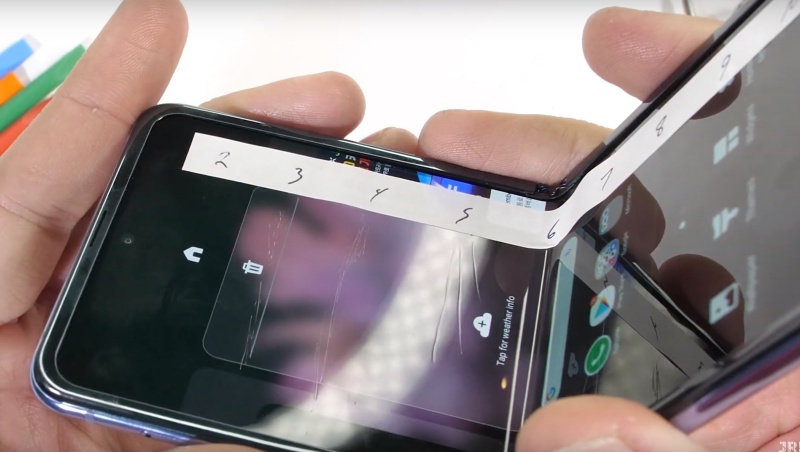 The Ultra-Thin Glass (UTG) of the Samsung Galaxy Z Flip may not be as scratch resistant as it should be.

Zack Nelson from JerryRigEverything did a series of durability tests which reveal the UTG display having marks and scratches far earlier than actual glass would. While glass displays on modern smartphones show scratches from level 6 of the Mohs hardness tests, the Galaxy Z Flip starts to show scratches at level 2 which is comparable to the plastic screens of the Galaxy Fold and Motorola Razr. Nelson claims the UTG could be using a hybrid plastic polymer with microscopic bits of glass added in the mix.

In response to The Verge's story, Samsung shared that the company's first-of-its-kind UTG technology is different from other Galaxy flagship devices and it should be handled with care. The company added that the Galaxy Z Flip has a protective layer on top of the UTG similar to the Galaxy Fold. Galaxy Z Flip owners can also get a one-time screen replacement (at a fee) and a specialized screen protector free under the Galaxy Z Premier Service.

Source: JerryRigEverything via The Verge