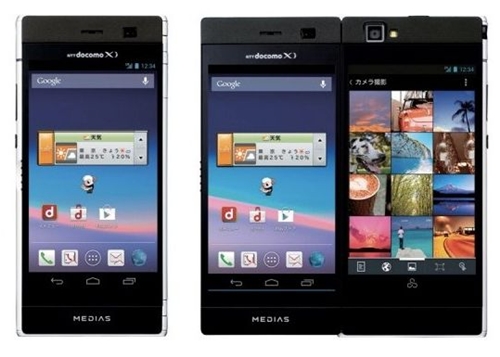 The NEC Medias W dual-screen Android smartphone prototype has been spotted in the wild again, this time at MWC 2013. This isn't the first time it has been previewed but this time, in the flesh.

Android Authority - "The Medias W features two 4.3-inch touchscreen displays, one on either side of the smartphone, at least in smartphone mode. Because the hinge keeping the two sides together can also offer you a 5.6-inch tablet mode, as shown in the pictures."

Domestically, the device will be available to Japan in April, but there's no news as of now whether it will be sold globally.

Join HWZ's Telegram channel here and catch all the latest tech news!
Our articles may contain affiliate links. If you buy through these links, we may earn a small commission.
Previous Story
Sony Joins in, Firefox Handset Already in the Works
Next Story
Samsung Galaxy S IV Officially Set for March 14