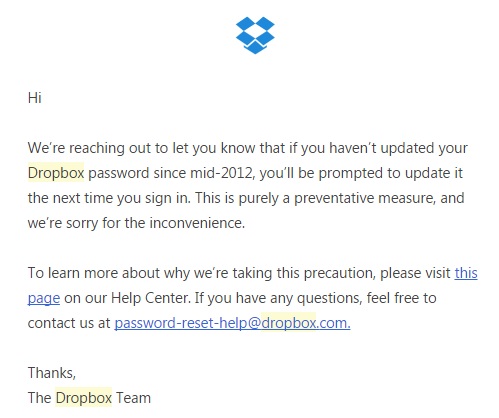 Last week, Dropbox users with accounts created in mid-2012 received an email from the company, which informed them to change their passwords the next time they log into their accounts. This move was positioned as a “preventive measure”; however, tech portal Motherboard reported that hackers had stolen accounts details of over 60 million users. Apparently, these accounts were probably breached way back in 2012 but as Wired has observed, due to users’ bad habits of reusing old passwords, or varied passwords that have a central theme, such breaches can come back and haunt you. 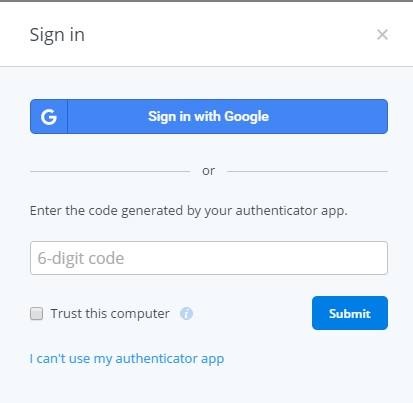 Therefore, as a “preventive measure”, Dropbox sent out an email to affected users, informing them of the need to change their passwords upon logging in. Dropbox Head of Security and Trust, Patrick Helm had confirmed the log-in credentials of compromised accounts are real but he was quick to add that there hasn’t been any unauthorized access of affected Dropbox accounts. Motherboard claims to have obtained a curated list of compromised Dropbox accounts and their log-in credentials from the “sources in the database trading community.” So for Dropbox users who have received the email, do heed the company’s advice and update your password. For added security, remember to enable two-factor authentication for your account.

Join HWZ's Telegram channel here and catch all the latest tech news!
Our articles may contain affiliate links. If you buy through these links, we may earn a small commission.
Previous Story
Sonos sound systems will support Amazon’s Alexa voice-control in 2017
Next Story
Google's search engine lets you play Solitaire at work