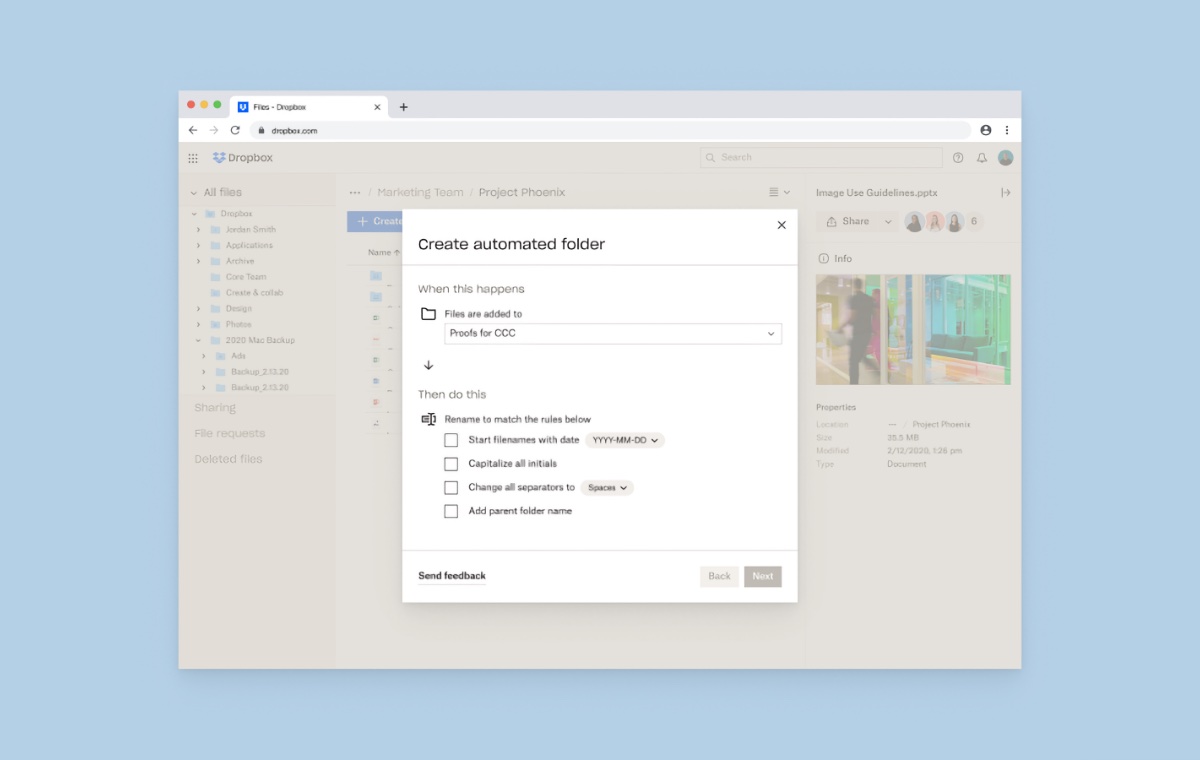 Dropbox is adding automation to make the organisation and tagging of files and folders easier rather than the mess of throwing files into folders and trying to sort them out manually or renaming them individually.

Among the new features, those that stand out are an automated dashboard, automated folders, a new naming system for files and folders, and multi-file organise actions.

Users can control and manage automated folders and their settings from a central dashboard with the new automated dashboard.

With automated folders, the user sets rules such as naming, sorting, tagging, and converting the files that will be uploaded to the folder. For example, you can rename any files you add to a specific folder around a certain theme or to sort them into subfolders based on dates when uploaded. 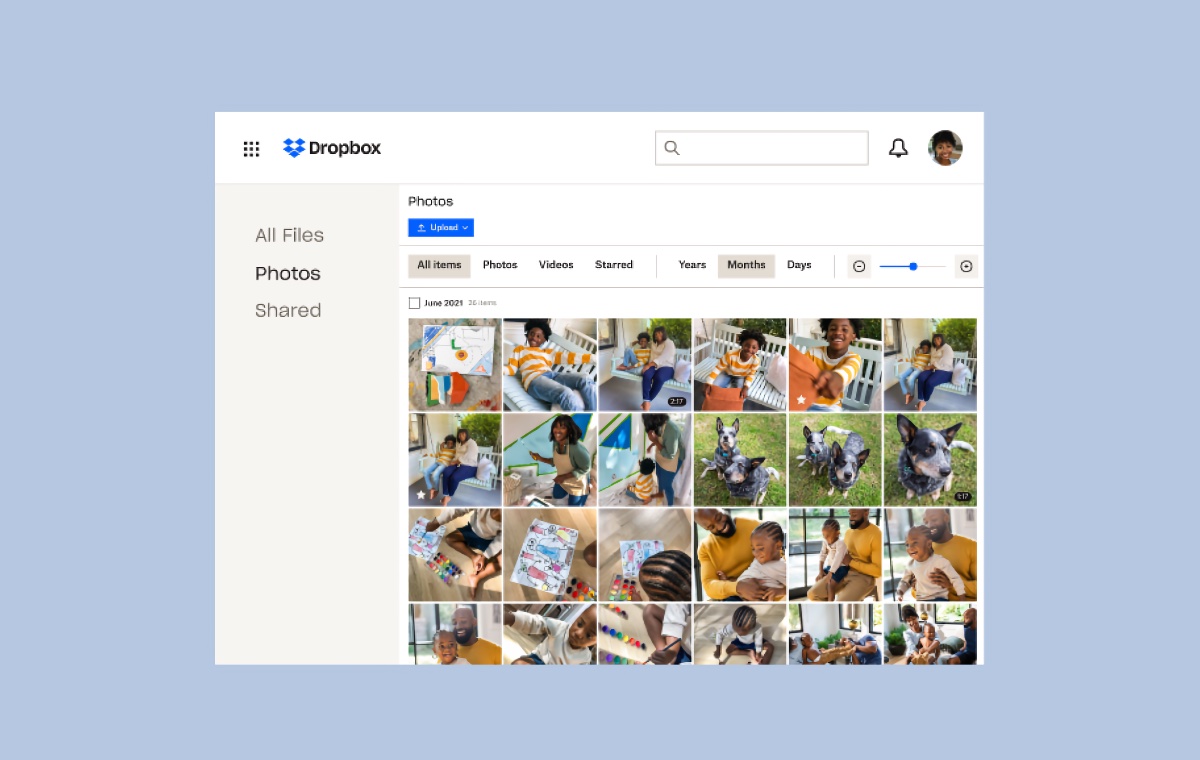 It is now easier to rename files around categories that can be applied to individual folders with the new naming conventions.  For example, users can rename files or photos by the date they were taken and include a parent folder name.

Multi-file organise lets users sort files into subfolders based on how often people make changes to them, the date they were created, and more. According to Dropbox users says you’ll be able to preview and verify the changes before they’re made. 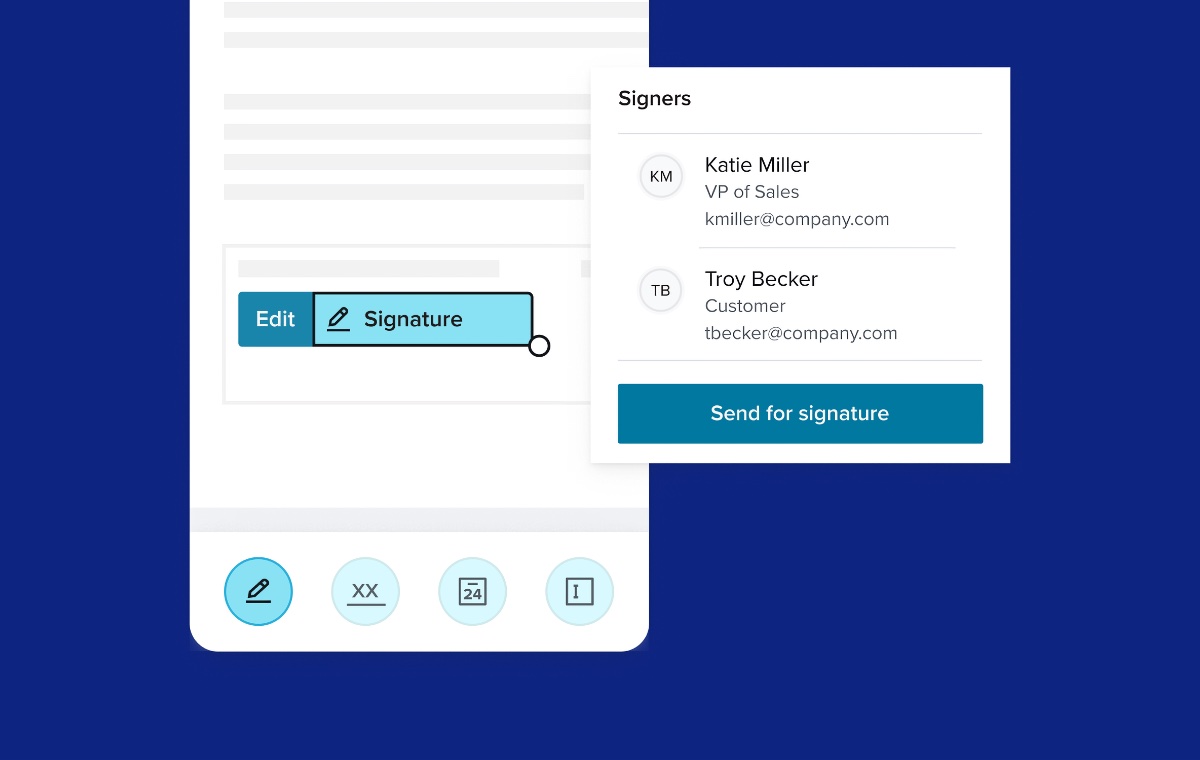 Finally, with the HelloSign mobile app, you can quickly prepare, send, and sign documents on the go from your phone or tablet.

Dropbox has stated that the newly announced features will start rolling out to teams and "Coming soon to individual plans and Dropbox Family."

Join HWZ's Telegram channel here and catch all the latest tech news!
Our articles may contain affiliate links. If you buy through these links, we may earn a small commission.
Previous Story
New Spider-Man: No Way Home poster teases Doctor Octopus and the Green Goblin
Next Story
Alipay+ foreign e-wallets can now work with local NETS payment terminals